Border guards and police officers from the southwestern province of An Giang have arrested five people involving in the largest cross-border drug trafficking ring in the locality. 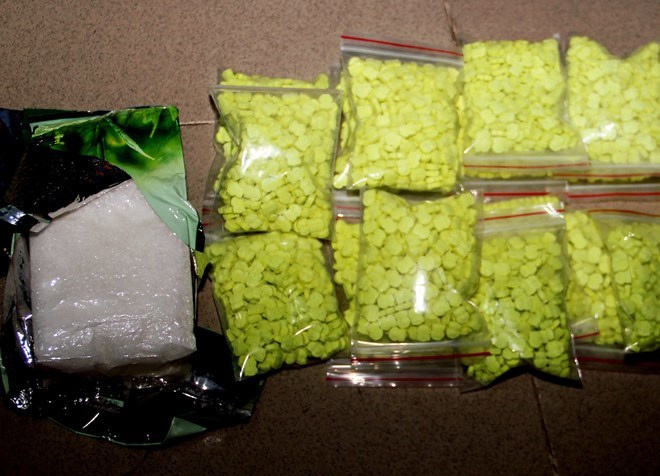 According to Colonel Nguyen Thuong Le, Commander of the provincial Border Guard Command, at 16:00 on April 13, Du Quoc Cuong (born in 1990, residing in Nha Trang city, Khanh Hoa province) and Trinh Cong Nghia (born in 1978, residing in An Phu district, An Giang province), drove a car crossing the border from Cambodia into An Giang.

The two were arrested when they had just gone past the Dong Ky ferry station in Quoc Thai commune, An Phu district.

The same day evening, police conducted raids on houses of Nguyen Thanh Hai (born in 1978), Nguyen Thanh Phuong (born in 1967), and SLien Tuyen Khoa (born in 1986), all residing in Ho Chi Minh City, for suspicion of involving in the case.

The police found 6,850 meth tablets, one kg of crystal meth, and some relevant objects.

Hai, Cuong and Khoa were tested positive with methamphetamine.

Further investigation into the case is underway.

Three arrested with over 7,000 meth pills in Son La 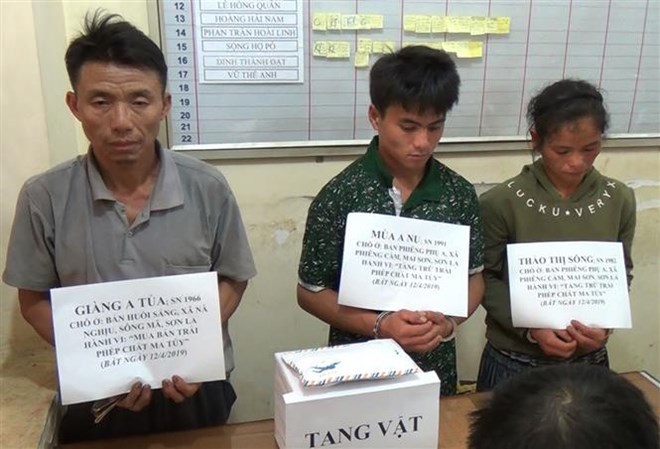 The two among them were Thao Thi Song, born in 1982 and Mua A Nu, born in 1991, both residing in Phieng Phu A hamlet of the province’s Mai Son district.

Authorised agencies seized 400 methamphetamine pills and one pack of heroin from the arrested.

In further investigation, the police arrested Giang A Tua, born in 1966, living in Huoi Sang hamlet of Song Ma district, for drug trafficking. About 6,800 meth pills, an electronic scale, a sum of money worth 44.5 million VND (1,920 USD) and other relevant exhibits were confiscated.

The arrested said they purchased the drugs from a stranger to sell them on.

The case is being further investigated.

Chua was arrested in Co Cha hamlet, Muong Hung commune, on March 12 with 22 packs of opium, 1,780 meth pills and other objects.