Are 70 percent of businesses unprofitable?

VietNamNet Bridge - The Vietnam Chamber of Commerce and Industry (VCCI) has reported that 70 percent of businesses are unprofitable, but the General Department of Taxation (GDT) said it does not know where the figure comes from.

VietNamNet Bridge - The Vietnam Chamber of Commerce and Industry (VCCI) has reported that 70 percent of businesses are unprofitable, but the General Department of Taxation (GDT) said it does not know where the figure comes from. 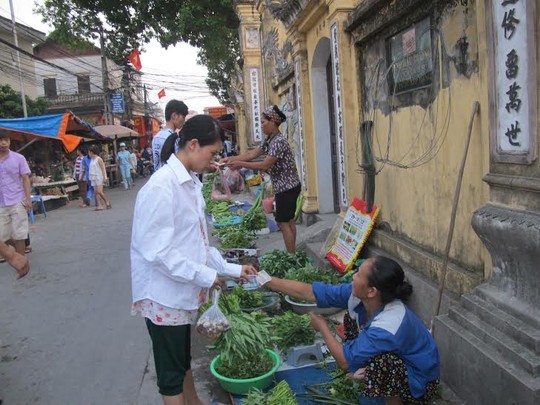 VCCI, while objecting to the Vietnam Labor Federation’s proposal on raising the minimum wage by 16.8 percent, warned that the high wage increase will push businesses, 70 percent of which are now unprofitable, against the wall.

VCCI, which represents employers, and the labor federation, which represents workers, could not reach common ground at the National Wage Council’s second working session to discuss the 2016 minimum wage policy.

A VCCI representative said the minimum wage increase would force businesses to scale down production. If so, the unemployment rate would increase, causing social uncertainties.

When asked about the figure released by VCCI that 70 percent of businesses are unprofitable, the official said the figure was in the annual Vietnam Business Report compiled by the VCCI’s Legal Department and Business Development Institute. He also said that the exact number of businesses making profit and taking losses can be found at GDT of the Ministry of Finance.

However, Le Thi Thuy, a senior official of GDT, said: “I don’t know where the VCCI cited the figure”.

According to Thuy, under the old regulations, GDT could have collected information about the performance of every quarter through business income reports.

However, the regulations have been removed since late 2014, and now businesses have to submit the reports annually, not quarterly.

This means that only after December 31, 2015 will businesses draw up the balance sheets which they have to submit to taxation bodies by the end of March 2016.

“Even GDT does not know about businesses’ performance in 2015. How does VCCI know businesses are unprofitable?” she said.

When asked how the corporate income tax collection would be affected if 70 percent of businesses are unprofitable, Thuy said it was too early to talk about this as GDT only has a six-month review report about business performance with general points.

The conflict between VCCI and the labor federation still continues.

VCCI, which initially insisted on a modest 6-7 percent wage increase, has compromised by accepting a 9-10 percent increase. However, the labor federation said the 10 percent increase wage would only cover 70 percent of workers’ basic needs.

Cao Sy Kiem, chair of the Vietnam Small and Medium Enterprises Association, said businesses have had to struggle to survive difficulties, but did not say anything about the percentage of businesses taking losses.