Carlyle A. Thayer - Emeritus Professor, the University of New South Wales - has an exclusive article on the Vietnam-Australia ties on the occasion of the official visit to Australia by PM Nguyen Xuan Phuc.

Carlyle A. Thayer- Emeritus Professor, the University of New South Wales, Canberra at the Australian Defence Force Academy, has an exclusive article on the Vietnam-Australia ties to the Vietnam News Agency on the occasion of the official visit to Australia by Prime Minister Nguyen Xuan Phuc from March 14-18. 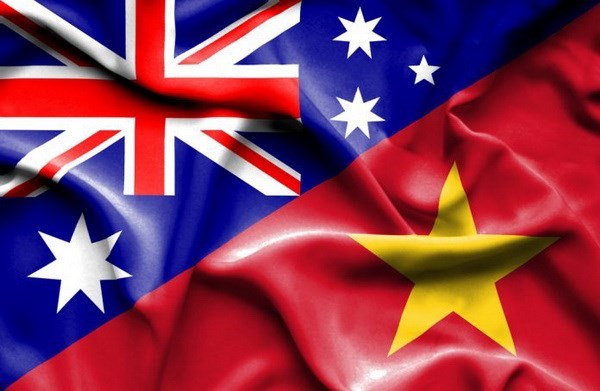 Following is the full text of the article.

“The Prime Ministers of Australia and Vietnam, Malcolm Turnbull and Nguyen Xuan Phuc, will sign a strategic partnership agreement in Canberra on March 16.

This document will reflect the substantial progress in bilateral relations over the last forty-five years since diplomatic relations were established in 1973.

Australia is Vietnam’s nineteenth largest investor with a total of around 2 billion AUD in 378 projects (construction, services, education, processing industry and the agro-forestry-fisheries sector).

Vietnam is Australia's fourth largest source of foreign students with nearly 25,000 Vietnamese students currently studying at all levels in Australia. By the end of 2018, more than 1,500 Australian students will have studied in Vietnam under the Australian government’s New Colombo Plan.

Australian universities are active in Vietnam. The Royal Melbourne Institute of Technology (RMIT) opened a campus in 2000. In recent years cooperation has deepened between education and research institutions. For example, the University of Technology Sydney offers a PhD in computer science in cooperation with Vietnam’s National University.

Australia and Vietnam both share a commitment to regional peace, stability, and respect for international law. They work together in regional and international forums such as APEC and the East Asian Summit.

Australia and Vietnam also have an extensive defence and security relationship. Senior officials meet annually. In 2010, on the sidelines of the inaugural meeting of the ASEAN Defence Ministers’ Plus in Hanoi, Vietnam and Australia signed a Memorandum of Understanding Defence Cooperation. In 2013, the two countries inaugurated the Australia-Vietnam Defence Ministers' Meeting in Canberra.

Australia is a key provider of professional military education and training to the Vietnam People’s Army, particularly through the provision of English language skills. The Special Forces of both countries interact to share experience in countering terrorism. This year the Royal Australian Air Force will assist Vietnam in deploying a Level II field hospital to the United Nations Mission in South Sudan.

Australia and Vietnam collaborate to promote science and technology including information and communications technology. The Commonwealth Scientific and Industrial Research Organisation (CSIRO) is extremely active in working with counterparts in Vietnam. According to one account, CSIRO officials make over one hundred and fifty visits to Vietnam each year. Recently the two sides inaugurated an annual high-level consultation on agriculture.

Finally, people-to-people exchanges round out the bilateral relationship. According to the 2016 Census, nearly 300,000 people in Australia claim Vietnamese ancestry. Citizens of both countries have developed personal ties through education, business, volunteer activities and tourism. In 2017, approximately 285,000 Australian tourists visited Vietnam.

Looking at what has been achieved is impressive but that is not enough. The new strategic partnership between Australia and Vietnam must be forward looking and reflect the reality that both countries have a growing convergence of national interests.

After the strategic partnership is signed both sides will have to work draw up a Plan of Action for the coming years. Three areas should be given priority:

First, the two sides should quickly move to initiate a ministerial-level consultation on the economic partnership to align trade, investment and development assistance to promote the greater integration of the two countries into the regional economy.

Third, both Australia and Vietnam need to promote innovation in all aspects of their bilateral relationship”. - VNA