Despite the small scale of the Vietnamese automobile market and the sharp decrease of 40 percent in sales, manufacturers still have continuously marketed new sedan models.

VietNamNet Bridge – Despite the small scale of the Vietnamese automobile market and the sharp decrease of 40 percent in sales, manufacturers still have continuously marketed new sedan models. 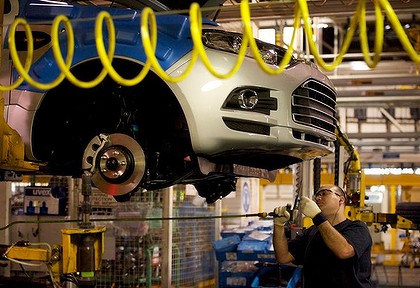 The Vietnam Automobile Manufacturers’ Association VAMA has predicted that the total sales in 2012 would be 90,000-95,000 products, including the imports under the mode of complete built units (CBU).

If so, this would demonstrate the sharp fall of 40 percent in comparison with the same period of the last year, which has been attributed to the government policy which does not encourage the automobile consumption.

The race of Altis, Focus and Civic

Despite the current big difficulties, importers and manufacturers still have been marketing new products, partially because this is a part of the previously set up business strategy in Vietnam. Besides, this is also a necessary move to prepare for the automobile market when it prospers again in the future.

Like other markets in the world, the competition among midsize sedan models proves to be the toughest one. The ongoing race is among the three giants Toyota, Ford and Honda.

The model, which experts say has compact engine to save fuel and new technology which allows to increase the capacity and become more convenient, Camry 2012 has become a redoubtable rival to the import models such as Accord or Sonata, or domestically assembled Mondeo.

However, experts believe that the hottest race is occurring among smaller size sedans for the youth, Corolla Altis, Civic, Focus.

Altis is considered one of the models that helps Toyota earn fat money in Vietnam. After one upgrade in 2010 and one renewing with the 2.0 sports version in late July, 3000 Altis have been sold in the last 10 months.

Following the launching of a series of new products under the “One Ford” strategy like Fiesta or Ranger, Ford has recently introduced a completely new Focus model in Vietnam. Designed with the high technologies, having reasonable prices and diversified choices, Focus is believed to be a redoubtable rival for Altis and Civic 2012.

The sharp increase of the sales of Focus and Fiesta has once again helped change the thoughts of Vietnamese consumers that US cars always consume too much petrol.

What will the manufacturers obtain from the race?

Experts believe that the efforts by the automobile manufacturers would not help warm up the automobile market. Though the demand remains high, but the sales would still be modest, because people have to spend their money on other priority things.

Analysts have also commented that 2012 proves to be the year when the car prices see sharpest decreases.

Even BMW, which once announced that it would not offer price discounts, still has decided to lower the sale prices by 80 million dong applied to many models.

Manufacturers seem to have made all the things they can to clear the stocks. However, the efforts still have not brought the desired effects.