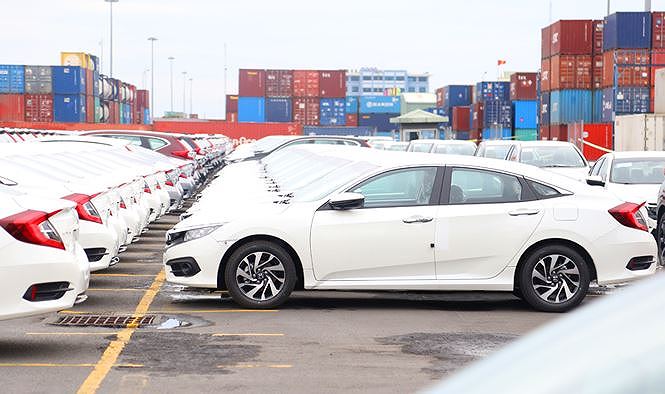 Auto joint ventures are scaling down their domestic production

Two thousand Honda cars have been imported this year, with a tariff of zero percent. They are about to be distributed to sale agents at prices VND200 million lower than previously.

Other domestic manufacturers have taken similar moves. Ford is importing Everest and Ranger products, while GM is importing Chevrolet Colorado.

These actions show that foreign-invested assemblers are scaling down their domestic production and increasing trading activities.

Nguyen Minh Dong, an automobile expert, said this is part of the business strategy followed by foreign automobile manufacturers who anticipated the tariff cut to zero percent on ASEAN-made products in 2018.

Vinh Phuc province Chair Nguyen Van Tri said at a provincial conference on stimulating production and economic growth on March 30 that the local budget failed to collect VND5 trillion worth of tax from automobile manufacturers in 2017 because of the tariff cut policy.

The policy led to a 20 percent reduction in the number of cars churned out by manufacturers in the locality in comparison with 2016. As a result, the tax collection decreased proportionally.

In 2016, the province collected VND29.15 trillion worth of tax from domestic sources out of total VND32 trillion. Of the revenue from domestic sources, 80 percent came from foreign-invested automobile and motorbike manufacturers, namely Toyota Vietnam, Honda Vietnam and Piaggio Vietnam.

Tri said if Vietnam has policies aiming to encourage domestic automobile manufacturing, this will help encourage foreign-invested enterprises to scale up their production in Vietnam.

The same situation is happening in Hai Duong, where Ford Vietnam has an assembling factory.

A report from the provincial finance department showed that loss of revenue from domestic sources was VND1.576 trillion in 2017, including VND1.431 trillion from Ford Vietnam.

Ford Vietnam is now focusing on selling imported cars instead of making products domestically. Most of the key models of Toyota, Honda and Ford Vietnam available in the domestic market are imported from Thailand and Indonesia.

A senior officer of the Hai Duong taxation agency confirmed that revenue from Ford Vietnam’s production activities was VND2.5 trillion in 2017 and VND600 billion in the first quarter of the year.

The tax paid by the automobile manufacturer in the first quarter of 2018 was only VND400 billion.