VietNamNet Bridge - While some automobile assemblers have stopped domestic production and shifted to importing products, others have poured more money into production lines in Vietnam.

VietNamNet Bridge - While some automobile assemblers have stopped domestic production and shifted to importing products, others have poured more money into production lines in Vietnam. 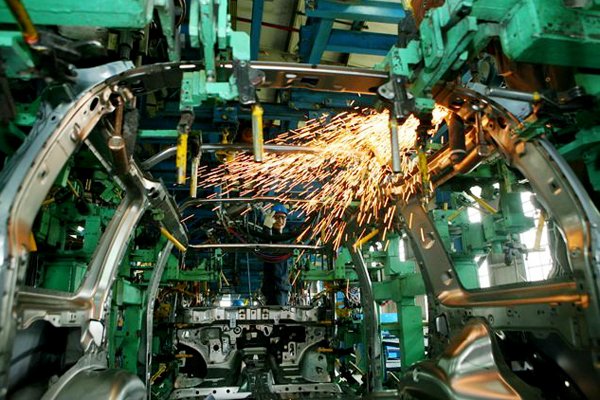 Some automobile joint ventures are expanding their production in Vietnam

Mitsubishi Motors, for the first time in the last 23 years in Vietnam, has assembled the Outlander model in Vietnam. The first products hit the market earlier this year with a selling price VND200 million, lower than CBU imports in 2017.

A senior executive of Mitsubishi Motors Vietnam said the move showed the manufacturer’s commitments to long-term business in Vietnam.

Auto manufacturers expanding their production in Vietnam are called “against-the-stream swimmers’. Many other manufacturers have shifted to importing cars rather than making cars in Vietnam, because domestically made products are uncompetitive with imports from ASEAN, which have become cheaper thanks to the tariff cut.

Vietnam is a small market, one-sixth of Indonesia’s and one-fifth of Thailand’s. As there are many car models available in the market, the output of each model is very small. Therefore, production costs in Vietnam are 20 percent higher.

However, some analysts note that auto manufacturers are only expanding production of car models they don’t make at their factories in Thailand and Indonesia, i.e, models which cannot enjoy zero tariff.

Ford Vietnam, for example, besides Ecosport, still assembles Focus, Fiesta and Transit. The four models are not assembled in Ford’s factories in Thailand and Indonesia.

As for Mazda, the Japanese manufacturer has a factory in Thailand, but the output is low and it mostly makes pick-ups. So, setting up a factory in Vietnam was a reasonable decision.

Similarly, Hyundai products have been mostly imported from South Korea and India, not from ASEAN members.