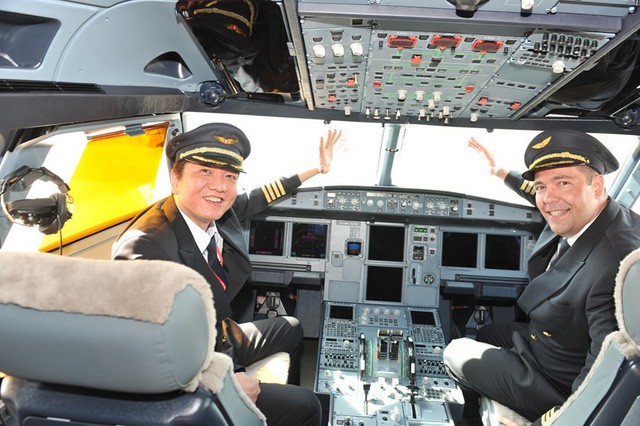 Due to limited infrastructure capacity, the Civil Aviation Authority of Vietnam (CAAV) has had to set limitations on the number of airplanes that air transportation firms can purchase.

In 2016-2020 period, for example, airlines are allowed to buy 230 more aircraft, which is much lower than the number of orders air carriers have placed with aircraft manufacturers.

The fact that the watchdog agency has to restrict the number of aircraft is blamed on the tardiness in expanding Tan Son Nhat Airport and the slow implementation of the proposed Long Thanh Airport project as well as ineffective exploitation of local airports.

Tan Son Nhat is seriously overloaded with one aircraft taking off or landing in every two minutes during peak hours. The areas near the airport suffer from noise and dust pollution caused by the airport’s operation and aircraft.

“In daytime, the runways at Tan Son Nhat Airport are overloaded. At night, the airport lacks slots for aircraft parking,” according to one local newspaper.

Analysts say that in the ‘open sky’ era, there are many opportunities in the aviation industry. However, if Vietnam cannot settle the problems with infrastructure, it will repeat the same mistake made by Indonesia, where more airlines were allowed but airports remained unchanged, leading to risks to flight safety and more flight delays.

More air carriers have joined the market in recent years. Most recently, Bamboo Airways announced its presence in the market. And in March 2017, Hai Au Group announced the establishment of a joint venture with Malaysian Air Asia to set up a low-cost carrier capitalized at VND1 trillion.

The investors of Vietstar Airlines have once again asked for a license to provide commercial air passenger transportation services.

Besides the poor infrastructure conditions, the lack of qualified workers due to poor training is also a big problem for new air carriers. Vietnam Airlines revealed that it costs no less than VND2.5 billion to produce an experienced pilot.

In Vietnam, Bay Viet, where Vietnam Airlines holds a 51 percent stake, is the only domestic pilot training center.

According to CAPA (Centre for Asia Pacific aviation), Vietnam is the fastest growing aviation market in South East Asia with annual growth rates of 16.6 percent in 2001-2014 and 20 percent in recent years.

And according to IATA (International Air Transport Association), Vietnam is the third fastest growing market in the world, which is expected to serve 150 million passengers by 2035.