Businesses say that the air transportation market is becoming saturated and growth has slowed down. The era when air carriers obtained growth with an increased number of passengers appears to be over.

The 5-month review report of the Airports Corporation of Vietnam (ACV) showed that though the biggest airport development company gained satisfactory business results, there were signs of a slowdown of the aviation market growth after years of hot development. 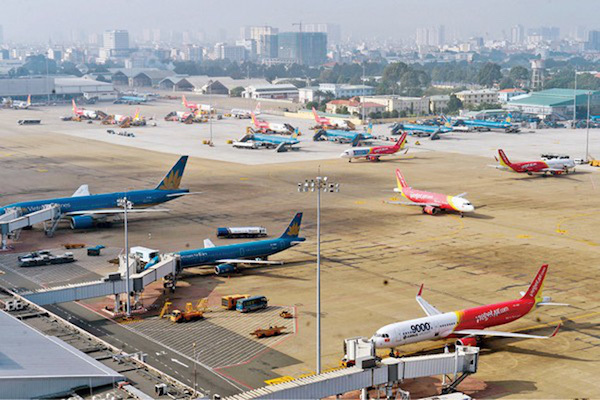 In the first five months of the year, the airports put under the control of ACV received 46.7 million passengers, an increase of 8.7 percent over the same period last year. Of this, the number of domestic passengers increased by 6.2 percent and international passengers 13 percent.

The number of takeoffs/landings increased by 10.6 percent compared with the same period last year, which represented a better growth than planned. However, the growth was obtained thanks to the joining of Bamboo Airways.

The world economy has been growing more slowly with increased risks and challenges, decreased trade and investment activities and disagreements among big countries in the global trade system.

The macroeconomy in Vietnam has been stable, which is a great advantage, but the country is facing challenges because of the growth slowdown in some key export items and low public investment capital disbursement.

Though the number of domestic air carriers is just equal to one third of Thailand’s, the competition is fierce.

Bamboo Airways, the youngest player, is trying to expand operation scale. The air carrier has asked the Civil Aviation Authority of Vietnam’s (CAAV) for permission to increase its charter capital from VND700 billion to VND1.3 trillion, and expand the fleet to 40 aircraft in 2019.

The air transport supply will be increasing considerably in 2019 as 50 A321 Neos will join Vietjet’s fleet.