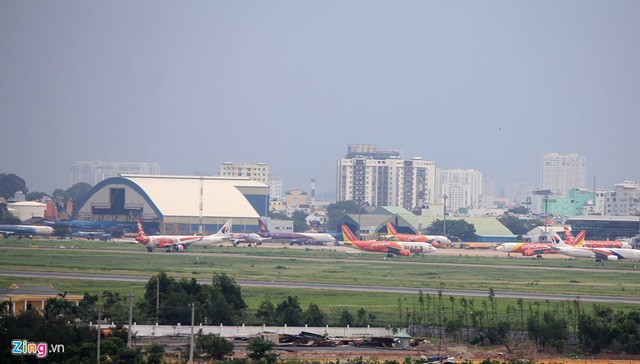 Vietnam is the fastest growing aviation market in SE Asia

With annual growth rates of 16.6 percent in 2001-2014 and 20 percent in recent years, Vietnam is the fastest growing aviation market in South East Asia, according to CAPA (Centre for Asia Pacific aviation).

And according to IATA (International Air Transport Association), Vietnam is the third fastest growing market in the world, which is expected to serve 150 million passengers by 2035.

Analysts agreed, but warned that the newbie will face bigger challenges – the lack of highly qualified workers and poor airport infrastructure.

According to the Civil Aviation Authority of Vietnam (CAAV), by 2020, Vietnam will need a total of 2,680 pilots for commercial flights, 1,320 pilots more than today.

It is estimated that Vietnam Airlines, Vietjet Air and Jetstar Pacific need 200-250 pilots a year.

Vietnam’s air carriers have placed big orders with international aircraft manufacturers. It is expected that the number of aircraft in the upcoming years will be two to three times higher than the current number, which will lead to increased demand for hi-tech personnel, including pilots.

Bamboo Airways has started its recruitment plan. In the first recruitment campaign, slated for April 2018, the air carrier plans to employ 600 workers for different posts, including 92 pilots.

However, analysts warn that it will be not easy to implement the plan. Training is often done abroad.

He recalled what happened with the nation’s flag air carrier Vietnam Airlines three years ago. Just within one month, 117 pilots, or 90 percent of Airbus crew, reported they were ill.

Many Vietnamese pilots at the time wanted to terminate labor contracts with Vietnam Airlines.

According to Vietnam Airlines, it has to send staff abroad for training. It was estimated that the total cost to train a pilot at French ESMA was VND1.7 billion in 2015, when many pilots resigned.

The FLC Group in late March signed a Memorandum of Understanding (MoU) with Airbus to buy up to 24 A321 neo aircraft for Bamboo Airways. Besides, it plans to buy an additional 26 Airbus A321 long-range airplanes to increase its total aircraft to 50.

Airlines queuing up for take-off