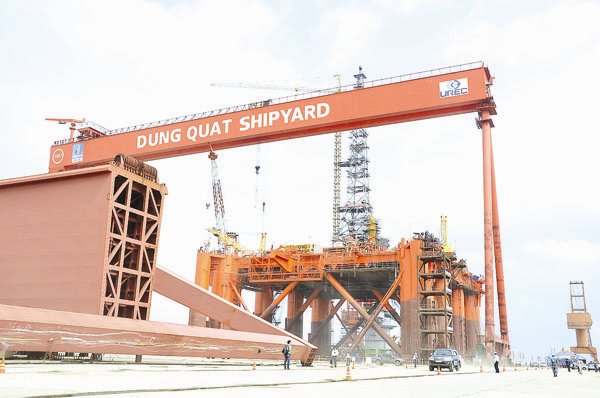 Tisco began making post-tax profit in 2015 with a profit of VND87 billion. Meanwhile, its net profit in 2016 reached VND203 billion. However, the risk is still very high.

Tisco is implementing the project on expanding production in the second period with the initial estimates of VND3,843.67 billion and the adjusted estimates of VND8,104.91 billion.

The project implementation started in 2007, but the major items of the project in Luu Xa area still have not been fulfilled. The total investment expenses by December 31, 2016 had reached VND4,635.5 billion.

A report from the Hanoi Stock Exchange (HNX) showed that on April 25, SCIC (the State Capital Investment Corporation) sold all 100 million Tisco shares it was holding, or 35.21 percent of Tisco’s shares. With the transaction, SCIC is no longer a big shareholder of Tisco.

SCIC is a powerful state corporation which specializes in making investment in businesses with the state’s money.

The VND1 trillion was invested by SCIC into Tisco when the enterprise issued 100 million shares to raise funds for the projects on expanding production.

Tisco is one of the 12 super projects which have had big losses of trillions of dong which have caused headaches to the Ministry of Industry and Trade (MOIT).

The other projects include the Dinh Vu yarn plant, some ethanol and fertilizer plants, the Dung Quat shipbuilding yard, and Phuong Nam Pulp.

The ministry plans to to submit to the Party Politburo and the government plans to deal with the projects.

As the super projects have taken losses, commercial banks have become involved in misfortune. The State Bank of Vietnam (SBV) has submitted to the government a plan to settle bad debts within five years.

MOIT has not revealed how much the 12 projects have borrowed from commercial banks.

However, if considering Tisco case, analysts estimate that the figure could be tens of trillions of dong, which accounts for a large proportion of the banking system's bad debts. Besides, the projects also borrowed money from foreign sources, including loans guaranteed by MOF.

Meanwhile, the government bond issuance has been relying on banks. The total government bonds issued so far reached 18.8 percent of GDP by the end of 2016, according to MOF. And more than 80 percent of bonds were bought by commercial banks.

Who will receive the biggest benefits from the steel production policy?

Vietnamese startups secured $855 million in fresh funding in 2022, which is only one-third compared to the value in 2021, according to a recent report by Nextrans.