Banks cautious about profit targets for 2019

After reaping high profits and gaining growth of 30-40 percent in 2017-2018, Vietnam’s commercial banks have become cautious about their business plans for 2019.

Eight banks have revealed their target growth rates, but most of them have not set a goal of over 30 percent. 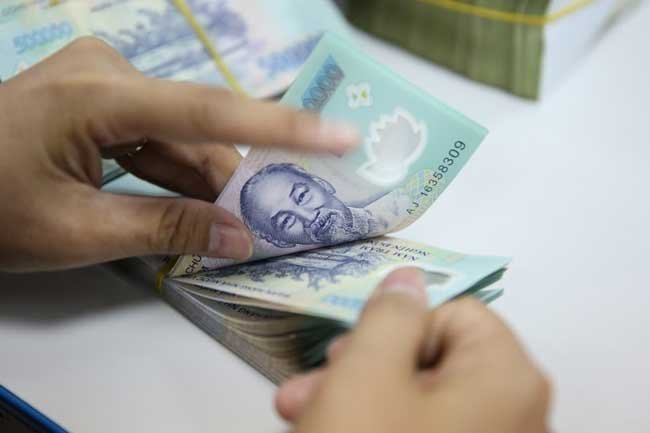 Nam A Bank targets modest profit of VND800 billion this year, a bit higher than the profit of VND743 billion it had last year.

Prior to that, the bank in 2017 gained profit 6.7 times higher than the year before and witnessed the growth rate of 147 percent in 2018. Over the last three years, Nam A Bank’s profit increased by 16.5 times.

After reaping high profits and gaining growth of 30-40 percent in 2017-2018, Vietnam’s commercial banks have become cautious about their business plans for 2019.

SeABank publicized the documents for the shareholders’ meeting, mentioning big plans, includinglisting on the HCM City bourse and the relocation of the head office. However, the holding bank has set the growth target of 32 percent in 2019 to VND818 billion, though the growth rates were 67 percent in 2018 and 158 percent in 2017.

Larger banks are also cautious with business plans in 2019.

Vietcombank, one of the ‘big four’, at a conference held earlier this year, said the bank aims at pre-tax profit growth rate of 12 percent, or VND20 trillion. The 12 percent target is lower than 61 percent in 2018 and 33 percent in 2017.

Techcombank’s board of management is going to submit to a shareholders’ meeting a 2019 business plan with targeted profit of VND11.750 trillion, or 10 percent higher than last year. Meanwhile, the growth rate was 33 percent in 2018.

VietinBank, also one of the ‘big four’, plans a high 41 percent growth rate this year to VND9.5 trillion.

In 2018, the bank was surpassed by BIDV (Bank for Investment & Development of Vietnam), Techcombank, VP Bank, MBBank and Agribank. It experienced a tough year with heavy losses in the fourth quarter.

However, the official target must be submitted and approved at the 2019 shareholders’ meeting.

Total outstanding loans increased by 2.28 percent as of March 25 and the total means of payment grew by 2.67 percent compared to end of 2018, according to the State Bank of Vietnam (SBV).

Credit growth in 2018 at four-year low