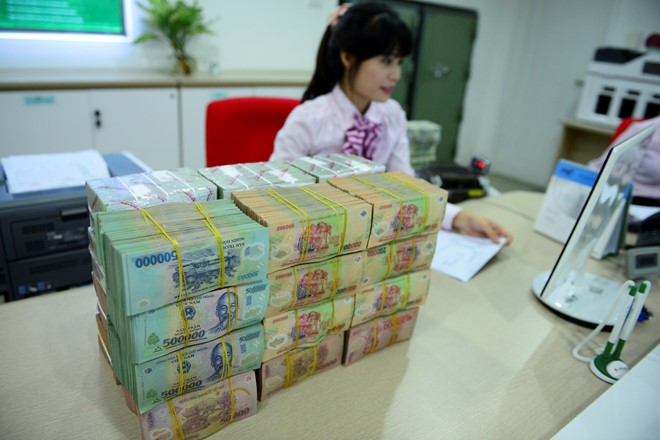 Even Vietcombank, which stayed outside the interest rate races in 2015, has raised the dong deposit interest rate by 0.3-0.5 percent per annum. The interest rates for 24-60-month term deposits have increased to 6.5 percent after staying unchanged for one year.

At BIDV, the interest rates for long-term deposits have increased by 0.4 percent to 7.2 percent per annum. Being a large state-owned commercial bank, BIDV now offers interest rates which are far higher than that offered by joint stock banks for some short-term deposits.

Bui Quang Tin, a lecturer of the HCM City Banking University, said on Zing news that the deposit interest rates have been raised partially because of the draft Circular 36 which says that banks must not use more than 40 percent of short-term mobilized capital for medium- and long-term loans instead of 60 percent as previously set.

“If the regulation occurs, banks would lack capital for lending,” he explained. “This has forced them to step up capital mobilization by pushing the deposit interest rates up.”

A report by the Ban Viet Securities Company recently also said that the new regulation has raised concern about a new interest rate war.

In principle, banks have the right to adjust the lending interest rate after the first three months.

Le Xuan Nghia, head of the Institute for Business Development, warned that if the lending interest rates go up, the efforts by businesses to recover their production and the efforts by the government to revive the national economy and restructure the banking system may be in vain.

Tin estimates that with the current interest rates of 10-11 percent, businesses can make profit of 3-5 percent.