Behind Vietnam Airlines’ plan to sell & lease back aircrafts 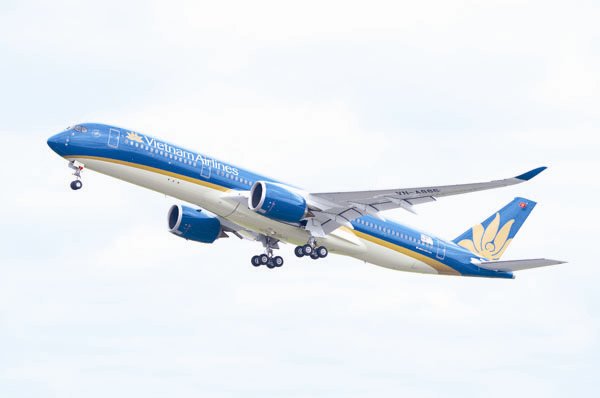 The Vietnam Airlines’ financial plan will reduce the loans guaranteed by the government. The corporation would shift to access domestic commercial loans instead of relying on government-guaranteed foreign loans, and sell three aircraft.

In 2015 alone, the air carrier successfully mobilized $138.5 million worth of capital through non-guaranteed loans, which was equal to 16.7 percent of the total money raised to expand the fleet.

Having the government’s guarantee for its commercial loans is a great advantage Vietnam Airlines can enjoy, while businesses in the same field and other business fields cannot.

In principle, the government’s guarantee will allow businesses to access domestic and foreign long-term loans at preferential interest rates.

In June 2014, when submitting the equitization plan, Vietnam Airlines asked for the government’s permission to continue enjoying the preference, which it enjoyed before as a 100 percent state-owned enterprise.

An analyst said that European export credit institutions and the US Eximbank – the partners which provide low-cost loans to Vietnam Airlines – only accepted to provide credit to Vietnam Airlines if the government agrees to act as the guarantee for the loans.

In 2008, Vietnam Airlines submitted to the government the plan to expand its fleet. However, it has decided to make some changes because of market conditions.

Vietnam Airlines wanted to buy A350 (280-300 seats) to exploit inter-continental air routes, including the ones to North America, Europe and Australia. However, the performance of European economies in recent years has affected travel demand in the market.

Meanwhile, the delivery schedule of some A350s and B787s has been delayed by 2-3 years, which will affect the air carrier’s plan to open new air routes and increase the flight frequency on the routes to North America and Europe, thus upsetting its plan to exploit the markets.