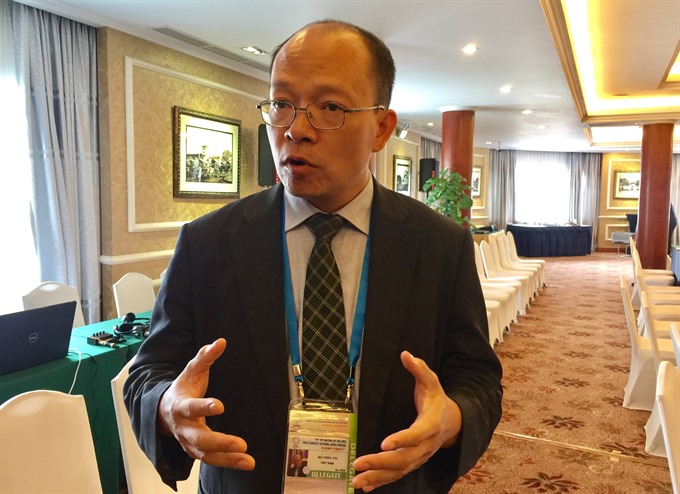 Speaking on the sidelines of the meeting, Fei Weijun, secretary general of the APSN Council, said the key to APEC’s goal of free and open trade in the Asia-Pacific region was efficient and safe transport of goods and people.

Also speaking on the sidelines, Bui Thien Thu, deputy head of the Transport Ministry’s Maritime Administration, said: “It is an honour to host the APEC meeting since it shows Vietnam’s position in Asia-Pacific. APSN provides local authorities and businesses with an excellent opportunity to network, learn from developed economies such as Japan, Korea, the US, Singapore and others, and to form partnerships and bilateral cooperation.”

“Our public and private enterprises can take away valuable lessons. They always need to stay alert and keep track of the development of other economies,” Thu said.

Jerry Rysanek, a senior consultant for APSN, said that regulatory regimes on the safety of dangerous goods at APEC ports should be harmonised. “It is necessary for participating economies to update the latest guidelines on dangerous goods,” he added.

To achieve the highest degree of harmonisation, APSN plans to compile best practices on the handling of dangerous goods at ports in the APEC region and submit them to the council for consideration for the next meeting, according to the Secretariat.

The meeting also reviewed the outcomes of the 2017 APSN Workshop on “Restructuring of Shipping and Port Industry: Trends and Challenges”, which took place in HCM City on August 15 and 16.

Participants discussed the action plan for 2018 and updated the ASPN Five-Year Strategic Plan for the 2014–2018 period.

“While the hardware deals with upgrading ports’ infrastructure and building roads, railways or other channels that connect ports, the software requires technical updates on port operations to ensure smoother and faster customs clearance,” he said.

“Goods and packages shouldn’t be held at ports for too long,” Thu said, adding that it was also important to upgrade areas surrounding ports.

APSN aims to encourage more economies next year to have their ports apply for the Green Port Award System (GPAS) recognition.

The GPAS programme, which is an integral part of APSN’s ongoing efforts to promote green growth for the APEC port industry, will provide a framework for port authorities and port corporations to apply for a green port award.

Sai Gon New Port in Vietnam has applied for GPAS status, and an additional one or two ports will apply next year, according to Thu.