VietNamNet Bridge – Concentrated animal feed operations (CAFO) are better equipped than household-run livestock farms, but many of them lack waste management systems, causing serious pollution in rural areas, according to the Institute of Policy and Strategy for Agriculture and Rural Development. 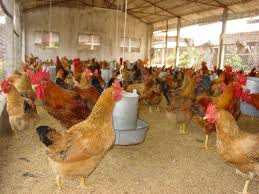 In 2003, when the bird flu epidemic broke out, government agencies persuaded farming households to relocate their farms to concentrated poultry farming complexes in an effort to strengthen epidemic control and protect people’s health.

Poultry epidemics have been controlled well but environmental problems are still not settled.

The households in the concentrated complexes have been told to follow scientific farming method to take full advantage of the existing materials and minimize risks. Solid waste, for example, can be used to make fertilizer after a composting period.

However, a recent survey, conducted under a project funded by the International Development Research Centre in Canada, found that only 9 percent of the farms in the farming complexes had composting tanks and put livestock waste into composting.

“More and more children and old people have respiratory diseases,” said Nguyen Thi Thu, the chair of the Tot Dong Commune’s Agriculture Cooperative in Chuong My District in Hanoi. “It would be very dangerous to people if poultry epidemics break out, especially ones which can transmit from poultry to humans”.

Patients do not think their diseases were related to poultry farming. Only 30 percent of them doubted that farming was the reason behind the diseases.