Billions of dollars ready for disbursement in property market 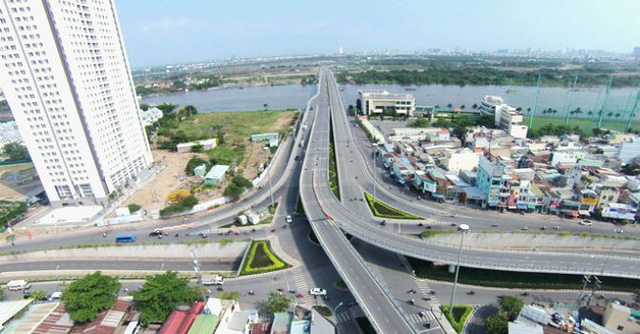 
Thu Thiem, the new urban area in HCMC, has been a magnet for foreign investors. The HCMC-based CII Group and Hong Kong Land in December 2017 signed a cooperation contract to develop Thu Thiem River Park.

In the fourth quarter of 2017, CapitaLand announced it has taken over an apartment project covering an area of 1.45 hectares in district 4 at 53.5 million Singapore dollars, or $40 million.

The transaction has raised CapitaLand’s number of housing projects in HCMC to 9 and in Vietnam to 11.

In another transaction, VinaLand divested all of its shares in Vina Square residential quarter project to Tri Duc for $41.2 million.

CapitaLand has signed a conditional agreement to obtain a land plot in the central area of HCMC, where it plans to develop an A-class international office tower, the first of its kind in Vietnam.

The capital flow to Vietnam has been increasing significantly along with increased investments in Asia Pacific.

A report found that investment capital in the region in the first nine months of 2017 reached $97 billion, an increase of 12 percent over the same period last year, while the figure is expected to increase to $130 billion.

The deal of transferring Asia Square Tower 2 office building from BlackRock to CapitaLand Commercial Trust worth $1.5 billion was the most valuable office transfer deal in Asia Pacific and the second largest deal worldwide in 2017.

Analysts say that foreign investors are optimistic about the Vietnamese real estate market. The majority of investors want to buy ‘green’ and ‘clean’ land, because they do not want to spend too much time on site clearance.

However, there are very few land plots and projects which can satisfy their requirements.

The housing market segment, according to JLL, a  real estate consultancy firm, is the most attractive investment field as demand has risen thanks to an increase in middle-income earners.

The analysts said that investors are now shifting their investments into commercial real estate, with a focus on A-class office projects in advantageous positions which have investment yields of 7-8 percent. Investors also have shown special interest in hotel projects.
RELATED NEWS