Vietnam's Becamex Binh Duong were one of Asia's five most successful clubs in 2015, according to the Football Channel Asia.

Vietnam's Becamex Binh Duong were one of Asia's five most successful clubs in 2015, according to the Football Channel Asia. 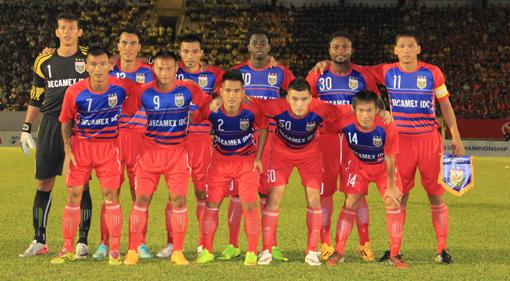 The club pocketed the V-League title, National Cup, and the National Super Cup.

The four other teams are Al Ahed from Lebanon, Al Hidd of Bahrain, Altyn Asyr FK of Turkmenistan and Thai Buriram United, who topped the list with five titles.