BKAV meets foreign partners in an attempt to export BPhones 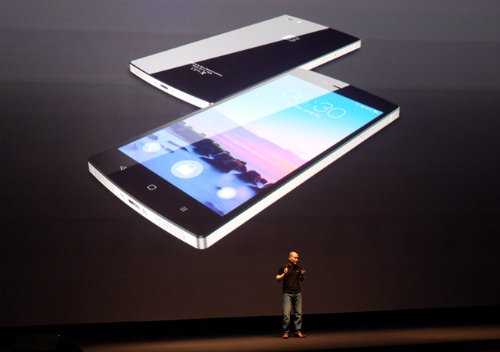 A senior executive of BKAV said BKAV and Qualcomm have negotiated with large distributors in the US and regional mobile network operators to bring BPhone into Indonesian, Thai and Indian markets.

The executive revealed two weeks ago that BKAV and Qualcomm would meet with distributors and network operators at a global conference on mobile telecom technologies in Hong Kong held by Qualcomm in mid-September.

The meetings took place as scheduled. BKAV met True Move, the Thai third largest mobile network operator, in September. True Move said the meeting with BKAV was the ‘most impressive’. The two sides would meet again to discuss further details for cooperation.

BKAV also met the representatives of mobile network operators from Indonesia and India, and a network from Europe on the sidelines of the conference.

Thieu Phuong Nam, Qualcomm’s CEO in Vietnam, Laos and Cambodia, said Vietnam has the opportunity to jump into the manufacturing of telecom terminal devices thanks to competitive production costs. He said Qualcomm was willing to help Vietnam develop the industry.

Vietnam has become one of the world’s largest production bases of mobile devices with the presence of big manufacturers such as Samsung and Microsoft.

“The production costs for terminal devices in Vietnam are very competitive, which is the reason why some big companies have decided to set up factories in Vietnam,” Nam said.

Though the CEO noted that there are many smartphone models available in the market, he thinks it is feasible for BKAV to bring BPhone to the world market.

However, what BKAV needs to do is make BPhones from the next generation with 4G support, because 4G technology is a new technology trend worldwide.

It is still too early to say whether BPhone can become well known, but it is clear that BPhone has been a hot topic among high-tech experts.

CNET, a US technology website, recently published an article about BKAV and BPhone, which aims to compete with Apple’s and Samsung’s products.

CNET said that to some extent BKAV was following the steps of Xiaomi, a Chinese firm, but unlike Xiaomi, BKAV has focused on high-end products.

Meanwhile, an analyst commented that BKAV was ‘overly ambitious’ trying to sell BPhone in the international market, where Samsung and Apple products dominate.

“This is really a bold move,” he said. “It is highly possible that BKAV would not be welcomed, even though it has high quality, because BKAV and BPhone remain unfamiliar brands in the world market.”