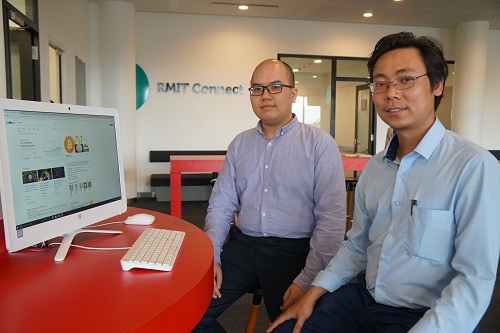 The typical characteristic of the technology is that the data in any given block cannot be altered retroactively without alteration of all subsequent blocks, which means that it’s impossible for wrongdoers to change exam papers and exam scores.

However, according to Nguyen Ngoc Thanh, an IT lecturer of RMIT Vietnam University, there are existing technological, managerial and legal challenges in using blockchain. In other words, blockchain can fight against data modification, but not everything that needs to prevent modification will require blockchain.

If utilizing blockchain as suggested, each exam paper, after digitalized, must be saved in one block in blockchain.

One transaction on bitcoin now has to pay a fee of $0.2. This means that with 1 million examinees, the number of transactions that need to be updated on the system would be huge, up to millions of dollars.

Regarding legal challenges, Dang Pham Thien Duy, an IT expert, said Vietnam’s Cyber Security Law stipulates that all the data of Vietnamese users must be stored in servers located in Vietnam.

Meanwhile, the fundamental principle of blockchain is data dissemination. Blockchain storage network is established on a voluntary basis and every computer can join or leave the network anytime.

“The network operates based on rules that are automatically established by software and no organization or country can control it. If using data blockchain of Vietnamese citizens, the data will be compulsory in other countries in the blockchain network. This is strictly prohibited by the Cyber Security Law,” he explained.

To settle the problem, some people think of building up blockchain network of Vietnam on its own. But Duy said it is impossible, because the cost to build up a network will be huge.

However, the biggest problem doesn’t lie in the high cost, but in efficiency. Such a separate blockchain network will be just like the concentrated database that the Ministry of Education, commercial banks and other agencies in Vietnam are using. If so, this will accidentally turn blockchain into central database.

Thanh affirmed that using blockchain to prevent exam cheating is not feasible at this moment. In theory, if blockchain is utilized, Vietnam would need some 1 million computers to serve exam campaigns at the same time. Besides, there are a lot of problems to be dealt with.