Nguyen Duc Thuy, informally known as Boss Thuy, may be added to the list of the 50 richest billionaires in Vietnam after a transfer deal worth trillions of dong made late last week.

The extraordinary shareholders’ meeting of Thaiholdings of Nguyen Duc Thuy approved a resolution on increasing capital from VND539 billion to VND3.5 trillion to buy 82 percent of shares of Thaigroup, a business also belonging to Thuy that was the holding company of Thaiholdings. 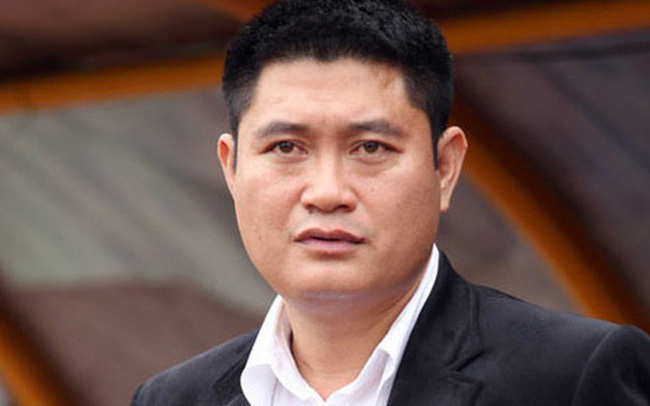 Thaiholdings plans to spend VND2.954 trillion to buy 204 million Thaigroup shares at maximum, at the price of VND15,000 per share.

With the decision, Thaiholdings and Thai group have swapped the roles of holding company and subsidiary. This is a backdoor listing case implemented by Thaigroup through Thaiholdings as Thaigroup still cannot meet the requirements to list shares as it has incurred an accumulative loss.

According to the Hanoi Stock Exchange (HNX), Thuy now holds 10.8 million Thaiholdings shares, or 20 percent. Meanwhile, as announced, Thuy will sell 33.2 percent of Thaigroup shares of 83 million to Thaiholdings at VND15,000 per share.

Thaiholdings shares are traded at nearly VND74,000 per share.

As such, after the huge transfer deal, Thuy would hold Thaiholdings shares worth trillions of dong, which would put him on the list of the 30-50 top richest stock billionaires.

In Thaiholdings’ prospectus for listing, the business of Boss Thuy also mentioned a plan to buy 40 percent of shares of Xuan Thanh Insurance, a non-life insurer with charter capital of VND680 billion. The move would increase the stock assets of the billionaire from Ninh Binh.

The major business activity of Thaigroup is importing coal to supply to cement plants in Ha Nam.

Boss Thuy is a well-known businessman. But he became better known with the acquisition of the ‘golden land plot’, where Kim Lien Hotel is located, in a state divestment deal.

In the deal, Thaigroup, whose predecessor was the Xuan Thanh Group of Nguyen Duc Thuy, was the winner. It spent VND1 trillion to acquire 52.4 percent of capital of Kim Lien Hotel, or 3.65 million shares, at VND274,200 per share. The price was 9 times higher than the starting price of VND30,600 per share that the State Capital Investment Corporation (SCIC) set.

However, after five years, the most ambitious of businessmen from Ninh Binh has made no step forward.

The 2020 shareholders’ meeting resolution says the Kim Lien Tourism JSC will not increase the charter capital as initially planned, and dismissed Thuy from the post of president.