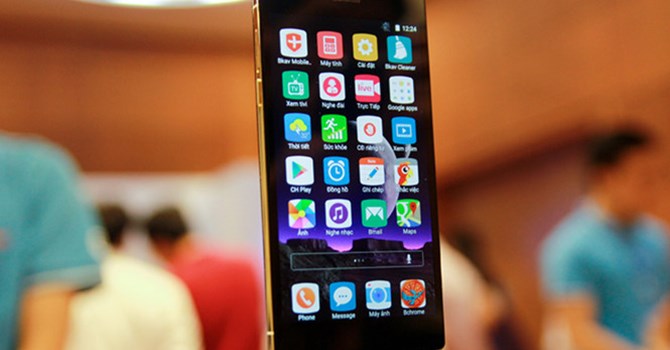 BPhone turns one year old this month. Making its debut officially in May 2015, people heard about it many months before.

The smartphone was the hot topic of discussion among hi-tech fans because it is a Vietnamese product. Moreover, it was positioned as a high-class product with the high retail price of VND10 million.

Vietnamese were eager to see BPhone because of the attractive marketing campaign that BKAV, its creator, prepared for it.

The CEO launched a lively media campaign to advertise BPhone. He affirmed BPhone would be ‘one of the most beautifully designed smartphone models in the world’.

He compared BPhone with a ‘super product in the world with very attractive selling prices to anyone in world, not only in Vietnam”.

The marketing campaign was so noisy that some analysts called BPhone ‘Bom Phone’, or a ‘bomb’ in English.

On the first day BPhone was put on sale, BKAV stated that it sold 4,800 products within two hours. Later, it said it received 11,822 orders for the first campaign, adding that the black 16GB version was most wanted.

However, contrary to all expectations, the first-generation BPhone received more criticism than compliments.

On technology forums, people commented that the product was too expensive compared with what it could bring to users.

Only in October 2015, or five months after it was put into online sale did BPhone begin selling through retail networks.

The manufacturer then launched a program allowing consumers to buy BPhone by installments. However, this could not help attract people. BPhone faced consumer indifference.

In January 2016, the BKAV decided to slash the price to VND7.9 million. No further information about BPhone appeared on the technological product market.

Most recently, in an expected move, BKAV the manufacturer sent emails to its loyal clients who have been using BKAV Pro, an anti-virus product of BKAV, for many years, announcing that the clients now can buy BPhone at the preferential price of VND3.9 million.

However, according to Bizlive, very few people are interested in the program.