The African swine fever (ASF) has had a negative impact on small-scale farming households, but has brought benefits to large companies, according to VnDirect Securities.

According to Agromonitor, a market analysis firm, the live pork price in Vietnam began recovering in May 2019 after decreasing by 30-40 percent from the peak in February due to the ASF outbreak. 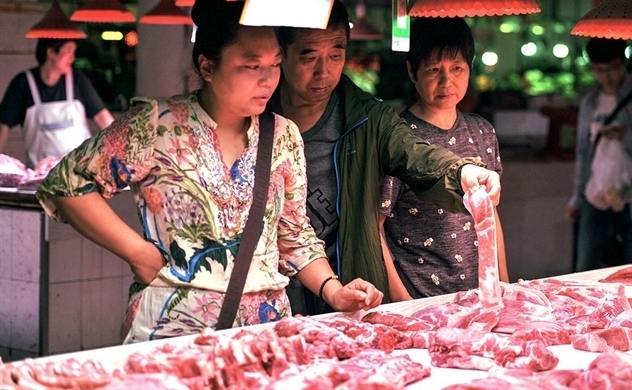 Ipsos Business Consulting estimated that the number of sows across the country has decreased by 30 percent compared with the same period last year. Small-scale farming households suffered most from the epidemic.

Rabobank predicted that the pig output in 2019 may be 15-19 percent lower than the last year.

Ipsos forecast that Vietnam may be short of 500,000 tons of pork, or 20 percent of the total market demand by m 2020 Tet because supply has not recovered, while demand has increased again (the new academic year began in September and Tet is in late January 2020).

VnDirect Securities said the domestic pork market may bear influence from the supply fall in China, also because of the ASF outbreak. Chinese agencies reported that the number of pigs in the country had decreased by 25.8 percent as of the end of June, resulting in the sharp price increase to VND80,000-90,000 per kilogram.

The pork price gap between China and Vietnam may prompt Chinese businessmen to import pork from Vietnam.

However, as the import/export transactions via border gates cannot be taken into full account, it is difficult to quantify how exports would affect domestic prices.

VnDirect Securities believes that the live pork price has bottomed out and will increase again until early 2020.

Small-scale farms suffered the most from ASF because of the lack of preventive measures and biosafety practices.

Big-scale companies which can successfully prevent the epidemic, such as Dabaco, Masan Meatlife, MML (a subsidiary of Masan Group) and CP Vietnam, can benefit from the price bounceback.