Banks’ nine-month financial reports show that bad debts have increased compared with the beginning of the year, though the bad debt ratio has fallen.

A report released at the conference on reviewing the two-year implementation of the National Assembly’s Resolution 42 on settling bad debts showed that from August 15, 2017, when Resolution 42 took effect, to August 31, 2019, credit institutions settled VND236.8 trillion worth of bad debts, which means that VND9.6 trillion was settled a month, higher than the VND4.7 trillion a month in 2012-2017. 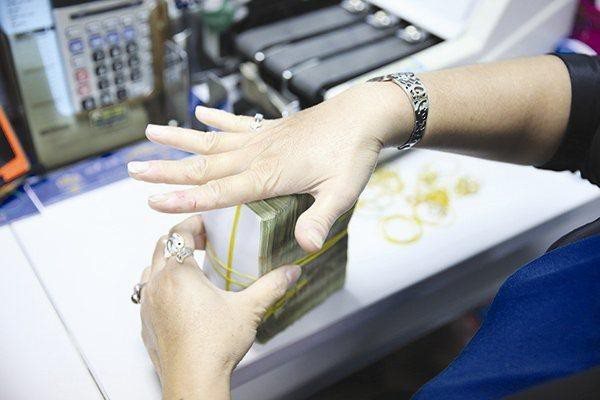 The report released at the conference on reviewing the one-year implementation of the resolution, which took place one year before, showed that the amount of bad debts settled in the period from August 15, 2017 to June 30, 2018 was VND138.3 trillion, or VND13.8 trillion a month.

As such, the bad debt settlement process seems to have slowed down.

The value of bad debts has increased compared with the beginning of the year, though the bad debt ratio has decreased.

The bad debt in the balance sheet of Viet A Bank had reached VND481 billion by September 30, an increase of VND38 billion compared with the end of 2018. VIB has the bad debt ratio decreasing from 2.52 percent to 2.04 percent, but its value of bad debts increased by 4 percent to VND2.517 trillion.

Bac A reported bad debt of VND504 billion by September 30, an increase of VND15 billion compared with the beginning of the year.

As for ABBank, the bad debt unexpectedly soared by 79 percent to VND1.766 trillion, which means the ratio of NPL to outstanding loans has surged from 1.89 percent to 3.39 percent. This includes VND1 trillion worth of fifth-group debt, a sharp rise of 56 percent compared with the same period last year.

This, plus the minus growth rate of 0.05 percent of outstanding loans, has pushed the bad debt ratio up, exceeding the safety line of 3 percent.

NCB has not provided detailed information about the bad debt, but said in the first nine months of the year, it had to make a provision of VND33 billion against risks.

The central bank warned commercial banks of this issue two years ago.