E-commerce: are players getting worn out in the online race?

The e-Conomy SEA 2018 Report from Google and Temasek showed that Vietnam’s e-commerce market would have value of $33 billion by 2025, when the market would be the third largest in Southeast Asia, just after Indonesia with $100 billion and Thailand with $43 billion. 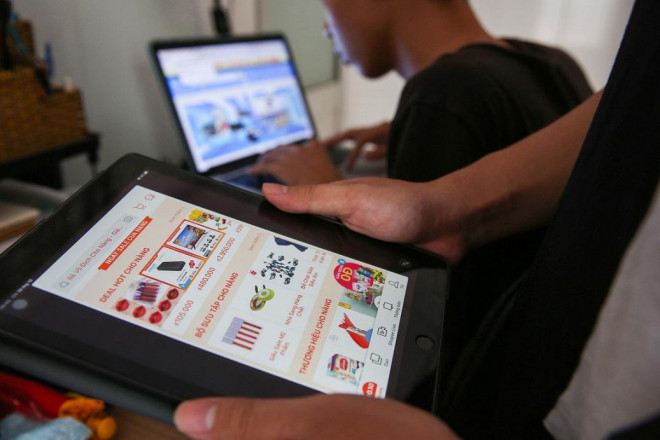 Newcomers appear every day in the e-commerce market, stating that they can compete fairly with multi-national technology firms. Vo So marketplace of Viettel and VATO of Phuong Trang are examples.

Tran Trung Hung, CEO of Viettel Post, commented that e-commerce is still a potential market and he expects high growth rates in the future.

“The market has not identified who the final winner is, so the opportunities are divided equally for all players,” Hung said.

Le Hai Binh, deputy chair of the Vietnam E-commerce Association, said that though some large marketplaces have cemented their positions in the market, opportunities still exist for new players. If businesses have comparative advantages and powerful financial capability, they will be able to dominate the market.

Experts all say that the e-commerce market has high potential as consumers now tend to ‘stay at home to do shopping’. Therefore, investors have every reason to believe that they would reap fruit in the future.

However, for the time being, they have to compete fiercely with each other to lure more customers. And the competition costs them a lot of money.

Tiki, which incurs a loss because it spent big money on infrastructure and storehouses, still decided to pour money into 100 music videos of famous artists ' to increase its popularity and polish images.

However, analysts commented that e-commerce firms, after ‘burning a lot of money’, seem to be exhausted. Some of them now apply new policies, cutting clients’ benefits. They have begun collecting fees from sellers, or have increased fees. The move shows that marketplaces now are trying to cut losses.

Avoiding direct confrontation with big players such as Shopee, Tiki and Lazada, many startups in the e-commerce sector are trying to conquer niche markets.

The application of new technologies - artificial intelligence, big data, cloud computing and Internet of Things - is taking place across the globe.