Vietnam's fiscal deficit will stay high at 5.7 percent in 2019 due to delays in the divestment of State-owned enterprises and lower import tax revenues, according to Fitch Group’s Fitch Solutions forecast. 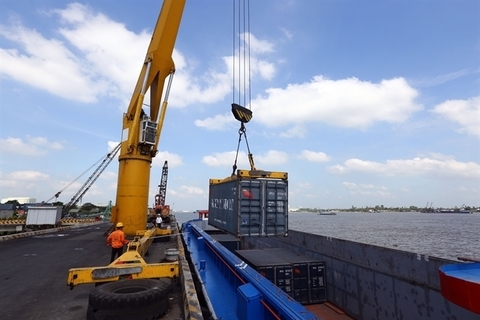 Viet Nam's fiscal deficit will stay high at 5.7 per cent (including interest repayment) in 2019 due to delays in the divestment of State-owned enterprises (SOE) and lower import tax revenues, according to Fitch Group’s Fitch Solutions forecast. — Photo enternews.vn

The rate is slightly lower than the Government's 5.8 per cent deficit estimate in 2018.

Under a report released this week, Fitch Solutions said its forecast reflects its expectation for fiscal revenue growth to remain under pressure due to persistent delays in SOE divestment and lower import tax revenues.

“We expect the headwinds to revenue growth to constrain the Government's capital spending.” Fitch noted. ​We believe that the slow pace of SOE divestment will continue weighing on fiscal revenue growth.”

According to the Ministry of Finance’s Corporate Finance Department, the Government has identified 18 SOEs to be divested in 2019, and will continue the process of divesting 41 SOEs from the 2018 list.

Dang Quyet Tien, the department’s general director, said key challenges to the divestment process include poor investor interest, SOEs’ scale of business and assets – which require careful valuation to avoid losses to the State budget – and land issues as some SOEs did not complete their land use plans before submitting them to Government agencies.

According to Fitch, should the stock market see a downside or volatility due to fears of slowing global growth, this could also weigh on investor appetite for Vietnamese SOEs looking to divest by means of an initial public offering.

Investor interest in Viet Nam’s SOEs has been weak. In September last year, State-owned Vietnam National Shipping Lines managed to raise only US$2.3 million for its 35 per cent stake sale, far underperforming the company's target of $200 million. State-owned Viglacera Corp failed to attract any investors when it announced a 19.97 per cent stake sale in July last year.

“In particular, we believe that the gradual removal of import tariff lines under the Comprehensive Progressive Trans-Pacific Partnership (CPTPP) will weigh on import tax revenues over the coming quarters,” Fitch Solutions said.

According to Fitch, Viet Nam’s high debt burden will likely constrain capital spending. The Ministry of Planning and Investment estimated the country's public debt-to-GDP ratio was 61.4 per cent at the end of 2018.

Fitch Solutions noted that funding a high-speed rail project to link the north and the south would weigh heavily on the Government’s finances, given that the Government has to bear 80 per cent of the total bill.

“Risks to our forecast are for a larger fiscal deficit,” Fitch Solutions concluded. “The Government could decide to prioritise growth over fiscal prudence amidst slowing economic growth. This could see the Government borrow more to fund its expenditures, with the increase in interest repayments putting further downside pressure on the fiscal deficit over the long term.” — VNS