Citing information that the productivity of a Singaporean worker is 14 times higher than one Vietnamese, Hoang Nam Tien, president of FPT Software, explained why Vietnam is still poor.

Software outsourcing brings VND8 trillion in revenue to FPT Software every year. However, the productivity of Vietnam’s biggest software firm is just 50 percent of that of the world’s leading IT firms, he said. 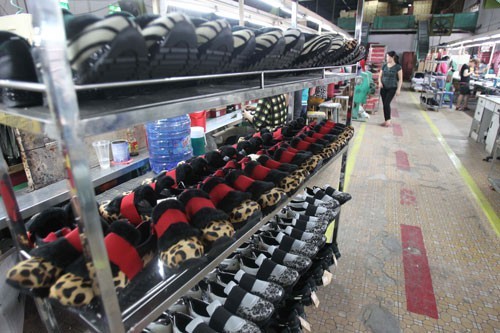 The famous CEO, at his 10-minute presentation at the CEO Forum 2019 held recently, admitted that FPT Software’s productivity remains modest compared with large IT firms in the world, even though it has reached markets all over the globe and has 16,000 workers overseas.

A report from the General Statistics Office (GSO) showed that average productivity was $4,512 per head in 2018, if calculating under current prices.

GSO, when releasing the report about productivity in late 2017, noted that the gap in productivity between Vietnam and other regional countries keeps increasing.

“Improving the productivity of Vietnamese enterprises is now a crucial issue,” Tien commented. “We did not join the three previous industrial revolutions. How about the fourth one? What will happen if we miss the 4.0 train?”

“I think we will still live if we miss the train. But if we do, we will hardly find other opportunities to develop and have international stature,” he said.

With the fourth industrial revolution, the key factor is digital transformation.

According to Tien, if Vietnamese work harder, they will only be able to increase productivity by a little. If they want a breakthrough, they will have to carry out digital transformation. This offers opportunities for Vietnam to increase its productivity to the level equal to or even higher than other countries in the world.

Tien said FPT Software had a team of 100-120 workers who have productivity twice as much as the average productivity level of leading companies. However, the number of workers remains modest.

FPT Software is making changes, with 20 percent of revenue from digital transformation. The revenue growth rate of this field is 80-100 percent, higher than the average growth rate of 30 percent.

In related news, FPT reported the revenue of nearly VND5.7 trillion for the first quarter of 2019 and pre-tax profit of VND960 billion.