Vietnam expects to see spectacular export growth rate in 2019 despite influences from the US-China trade war, but the government has decided to maintain the same export target for 2020.

The government’s report presented before the National Assembly showed that the export growth rate is expected to reach 7.9 percent this year (the targeted rate was 7-8 percent) and Vietnam may see a trade surplus of 0.4 percent of total export turnover. This means that the trade deficit will be below 3 percent as initially targeted. 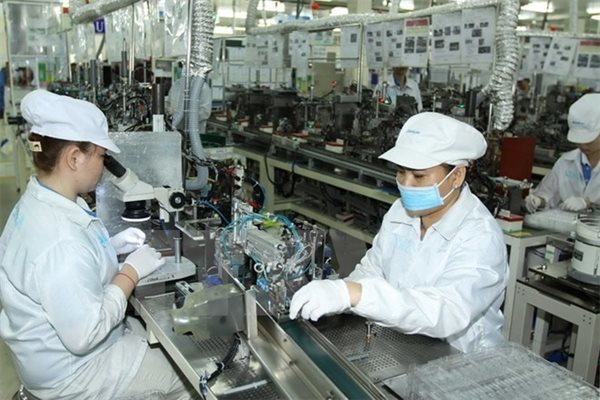 Regarding the export plan for 2020, the government has submitted to the National Assembly a plan to obtain the export growth rate of 7 percent and curb the trade deficit at below 3 percent, the same as 2019.

The figures are relatively high, if noting that the trade war may have unpredictable impact on Vietnam’s trade and export. However, the National Assembly’s Economics Committee has asked the government to clarify the basis for setting such a goal, noting that the same goals have been set for the last four consecutive years 2016-2019.

“In the last four years, the government set a goal of curbing the trade deficit at below 3 percent of total export turnover, but in fact, Vietnam has enjoys a trade surplus,” the committee’s report said.

Vietnam’s export turnover is predicted to increase by 7.9 percent in the context of big difficulties and low demand. Many of Vietnam’s export items have seen growth slowing down, including seafood, vegetables and fruits, computers, electronics and electronic parts.

The government still has not given an explanation to the National Assembly about the targets. However, analysts say that in the current conditions, when trade is unpredictable, Vietnam will have to think carefully when adjusting goals.

The government estimates that export turnover would reach $525 billion in 2019. The trade balance would keep a high growth rate in both exports and imports over 2018 thanks to the improved export growth of the domestic economic sector (16.4 percent), higher than that of the foreign invested economic sector (5 percent).

However, the trade deficit of the domestic economic sector is still very high ($19.26 billion). In other words, the foreign invested economic sector continues to play the key role in export activities of the entire economy, making up 69.36 percent of total export turnover.

The export growth rate of the sector for many years has been always high, but it has decreased by 5 percentage points because of the trade war. The high export growth rate of the domestic economic sector still cannot offset the decrease. The ups and downs in exports and imports of the foreign invested economic sector are still the major factor affecting Vietnam trade.

Vietnam recorded a trade surplus in the past four years, but the National Assembly (NA), wary of uncertainties over global trade conflicts, has set the target of containing the country’s trade deficit versus its total export value below 3% for 2020.