Forced to pay high rent for retail premises, many F&B chains have had to shut down.

According to the General Statistics Office (GSO), the total consumer goods and services retail turnover in the first nine months of the year increased by 11.6 percent compared with the same period last year. 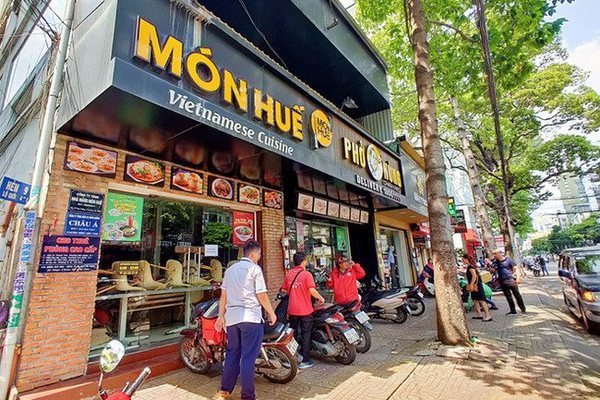 Vietnam remains an attractive destination with 12.9 million foreign travelers coming in the first nine months, up by 10.8 percent.

As for the retail industry, thanks to the young population with high purchasing power and the rapid increase of the middle class, the industry has been developing, especially retail chains.

JLL’s Q3 report showed that clients from F&B and fast fashion continue to be the major demand source in the retail premises market. The demand is very high and the clients who want more than 1,000 square meters of retail space find it difficult to find suitable premises in the central area of cities.

The rental of retail premises in the central area of HCM City has reached $130 square meter per month.

Observers noted that for F&B chains, the retail premises rent is the biggest expense item because locations determine the success of the chains.

However, many well-known F&B chains had to leave the market though their shops were located in advantageous positions. Ten Ren, NYDC, Gloria Jeans’ Coffee and The KAfe closed. Most recently, Mon Hue had to shut down all of its shops. The chain has been found as not only owing money to suppliers, but also tens of thousands of dollars to landlords.

Hoang Nguyet Minh from Savills Hanoi commented that the battle for retail premises is fierce. Businesses and individuals in the F&B sector have to struggle with to obtain the premises they want in the central area.

However, F&B chain developers try to obtain retail premises inadvantageous positions at any cost, but they forget the problem about profit.

Minh thinks that very few Vietnamese xull accept to pay more than VND300,000 for one serving. However, if F&B chain developers pay alot for retail premises, they will incur a loss as they cannot set high selling prices.

Foreign investors in Mon Hue, a chain of up to 80 restaurants across the country, have rejected the claims of Huy Nhat, founder and chairman of the chain, that they had taken over the chain.

The closure of much of the Mon Hue chain has demonstrated the risk that food and beverage businesses can suffer from, as the collapse cements that attracting investment funds does not equal an ability to balance the books.