But now, one needs to have much more to be listed among the top billionaires. 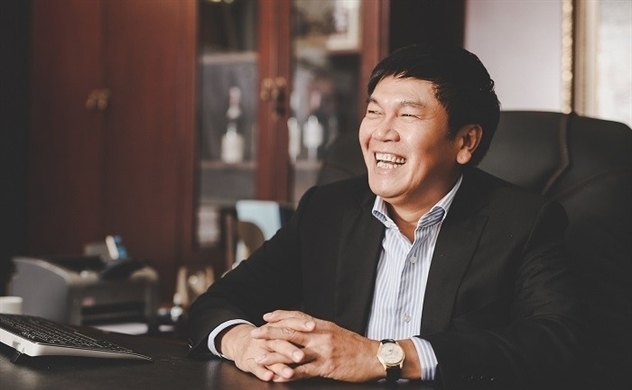 However, as a result of rapid expansion, the company faced difficulties and incurred a loss of VND430 billion in 2012. The bad business performance forced KBC prices down.

KBC price hovers around VND14,950 per share. With 75 million KBC in hands, Tam now ranks 53rd on the list of top billionaires.

After a lot of ups and downs, HAG is now traded at VND4,110 per share and Duc is on the 51st position of the list.

While the two businessmen faced difficulties in the last 10 years, Pham Nhat Vuong, president of Vingroup (VIC), jumped from the third position 10 years ago to the No 1 position now.

In 2009, Vuong owned assets worth VND8.3 trillion. However, since the VIC price has been escalating steadily, traded at VND114.700 per share and Vingroup has become one of the enterprises with the highest capitalization value, Vuong’s assets have soared to VND213 trillion.

In 2009, Duc became the second richest billionaire with VND9 trillion. But in 2019, Nguyen Thi Phuong Thao, vice president and CEO of Vietjet Air (VJC) had VND30.9 trillion in the No 2 position.

Though Tran Dinh Long, president of Hoa Phat Group, has seen his asset value increase by several times over the last 10 years, from VND2.6 trillion to VND16.8 trillion, he still stays at fourth on the list of top billionaires.

The biggest change on the list was made by Nguyen Thi Kim Xuan, president of the Trade and Seafood JSC (ICF).

However, Xuan’s company has been going downhill. It reported a loss of tens of billions of dong a year for 2016-2018. As ICF is traded at VND1,000 per share, Xuan has been weeded out of the list.