How will next-generation businesspeople perform?

One third of the sons and daughters of top businesspeople have been given opportunities to run businesses, and most of them have initiated reforms.

A PwC survey about the second generation of famous businesspeople found that 44 percent of Vietnamese NextGens are actively participating in family businesses; 31 percent are given power to lead businesses; 16 percent want to run subsidiaries belonging to family-run companies; and 74 percent said technological innovation tops the list of agents for change. 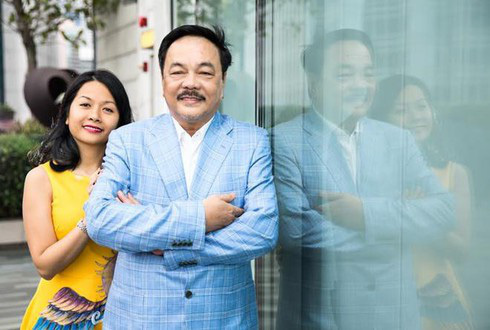 According to Hoang Hung from PwC Vietnam, the survey found that Vietnamese NextGens are ready to cope with difficulties and have confidence in their own abilities. They believe they can become the "transformer" that the family businesses need.

Currently, 28 percent of the NextGens in Vietnam are in the posts of enterprise management, of which 16 percent are managing directors.

The Vietnamese NextGens also show a positive sign when committing to accompany the businesses in the next five years, with 27 percent of polled NextGens saying they intend to participate in business activities in the future.

Forty one percent of surveyed want to take on a management role by 2025, while 38 percent want to hold the position of CEO.

The survey also found an increase in the number of ‘Stewards’, especially for the non-executive director/member of the board of directors (from 3 percent in 2019 to 13 percent in 2025).

Vinh is the ‘shining successor’ of T&T Group. In 2015, he went to the US with the task of developing the group’s business in the country. Four years later, he came back to Vietnam to ‘get ready for a transfer in T&T Group’.

T&T Group gained certain achievements in the last four years in the US. There are two outstanding projects, one on Hollywood Boulevard in Los Angeles and the other with 25 shops for rent in Orange County.

Meanwhile, Thanh of Tan Hiep Phat has been preparing for power transfer by allowing Phuong to manage some business divisions of the group for a few years.

Meanwhile, My is now deputy chair of SBT and president of Thanh Thanh Cong Investment JSC.

Forbes Asia has recognised Vietnamese billionaire Pham Nhat Vuong as an influential figure who has notably contributed to joint efforts to halt the spread of the COVID-19 epidemic.