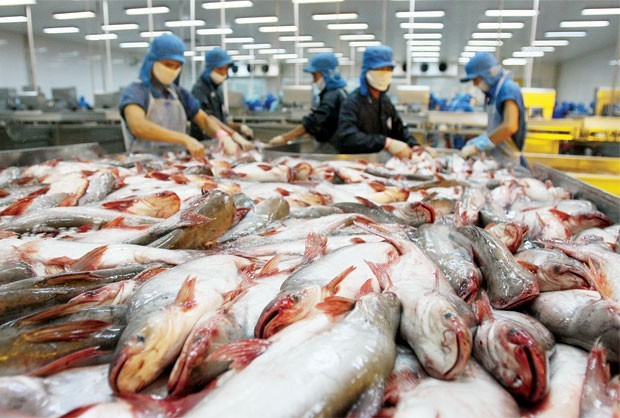 Chung Van Tuoi, from Tan Chau commune of An Giang province, who has been farming catfish for 30 years, said he has never incurred such a big loss.

“I have taken a loss of VND300 million selling 50 tons of catfish,” he said. “The pandemic has caused Chinese demand todecrease."

The Vietnam Pangasius Association confirmed that catfish prices have decreased by 30-40 percent since December 2019 because of the export decreases.

The localities which are suffering most from the price decreases include An Phu, Chau Phu and Chau Thanh districts in An Giang province, Hong Ngu district in Dong Thap, Nga Bay City in Hau Giang, Vinh Thanh and Thoi Lai districts in Can Tho, and Tan Thanh and Moc Hoa in Long An.

The catfish export turnover to ASEAN decreased by 20 percent on average, of which the value of exports to Thailand decreased by 11 percent and Singapore by 34 percent.

Ha Thi Tuyen in Can Tho City said in previous years, she made a profit of VND200 million from every three months of farming catfish for breeders on 2 hectares of water surface. But Tuyen cannot sell breeders these days though the price has decreased by 20 percent.

According to the Vietnam Association of Seafood Exporters and Producers (VASEP), since mid-March, Chinese importers have begun placing orders with Vietnamese exporters as the country has better controlled the epidemic. Exports to the Chinese and Hong Kong markets may become stable in April.

Meanwhile, exports to the US market in February brought turnover of $20.6 million, up by 67 percent compared with the same period last year.

However, VASEP has warned that challenges still exist.

Catfish exporters hope that orders from China will increase again as this country has passed the Covid-19 epidemic peak.