More than VND1.48 quadrillion (US$64.2 billion) was collected for the State budget in 2020, equivalent to 98 per cent of the target, according to the Ministry of Finance.

At a teleconference reviewing 2020 State budget collection and spending on Thursday, Minister of Finance Dinh Tien Dung said the implementation of financial and budgetary tasks resulted in “positive and comprehensive” outcomes. 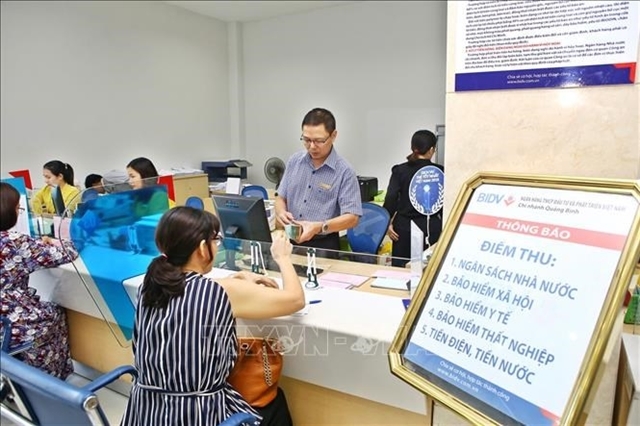 He noted that, during the year, taxation authorities extended payment deadlines and exempted or reduced land rentals, charges, and fees worth about VND128 trillion to support businesses and people amid the COVID-19 pandemic.

The taxation and customs agencies and State Treasury pressed on with reforming administrative procedures, re-organising their apparatus, and modernising management activities to create the best possible conditions for businesses.

The financial sector has also increased inspection and examination efforts, through which financial settlements of VND76 trillion were proposed, more than VND22 trillion of which may be sent to the State budget.

Dung described these figures as “positive” amid annual economic growth of 2.91 per cent - much lower than the targeted 6.8 per cent - and a number of fiscal solutions carried out to tackle obstacles to production and business activities.

In terms of budget spending, he said despite a decline in budget revenue and difficulties in balancing the budget at all levels, thanks to its proactiveness and optimisation of budget spending management, the financial sector still managed to ensure resources for combating COVID-19, assisting people to weather the pandemic’s impacts, addressing the consequences of natural disasters and fulfilling important political tasks.

As of December 30, the State budget had spent some VND18.1 trillion on fighting the pandemic and supporting nearly 13 million people.

Another bright spot is the much-improved progress in disbursing development investment, at nearly 83 per cent of the year’s target.

Meanwhile, budget overspending and public debt were strictly controlled within the permissible levels set by the National Assembly, standing at equivalent to about 4.2 per cent and 55.9 per cent of GDP, respectively.

The minister attributed these outcomes to the political system’s solidarity and efforts.