The Vietnamese Government should impose strict punishments on the trade of counterfeit goods on e-commerce platforms, attendees were told at a conference held in Hanoi on Thursday. 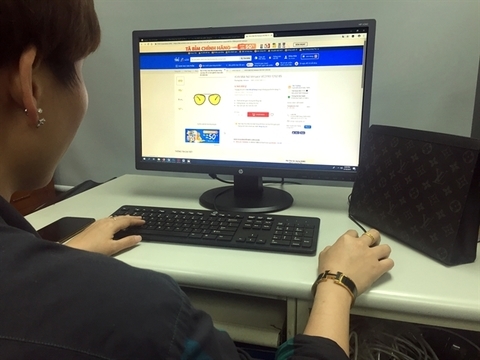 Dang Hoang An, deputy minister of Industry and Trade, said e-commerce in Viet Nam has seen strong growth of 25 to 30 per cent a year. In 2018, the growth rate reached 30 per cent with total revenue of more than US$8 billion. In the digital economy, the revenue through e-commerce channels was five times higher than that of average GDP growth.

“However, the issue of fake goods and violations of intellectual property rights has become more common with the spread of online shopping sites,” An said.

However, he said that current shortcomings were partly due to the legal framework. The regulations on administrative punishments in e-commerce (Decree 52) were issued 6 years ago and have not been updated for this new business type. The current regulations require authorities to determine the transaction behaviour and physical money transfer to have a basis for handling. Meanwhile goods sold on the e-commerce market are diversified. It is difficult to control transaction time and identify sellers and buyers as they could use a fake address and name.

“If the legal framework is not updated with stronger punishments, the issue cannot be resolved, causing State budget losses and affecting customers,” he added.

E-commerce websites or social networks are only intermediaries between buyers and sellers. All products from cosmetics, functional foods, clothing to even prohibited items such as alcohol, cigarettes and weapons are also for sale on the platforms.

Moreover, most delivery firms do not have invoices and goods which are paid through intermediates. They become transport firms for fake goods. Especially with e-payment, it is very difficult for authorities to find buyers because of bank regulations. Meanwhile, e-commerce floors do not have effective tools.

“We are facing difficulties in check-ups and supervision of e-commerce activities. The supervision should have co-ordination among different agencies such as information and technology, customs and tax,” Linh said.

The agency would pay more attention to review and classify e-commerce websites to better manage the market.

“We would build a system to receive complaints online and send them to authorities for handling as well as providing warnings to customers,” he said.

Nguyen Nhu Quynh, Deputy Chief Inspector of the Ministry of Science and Technology agreed, saying that the perception of enterprises should be changed.

“Enterprises have to understand that doing business in infringing intellectual property on websites is a violation of the law. They would be held responsible for the domain name if authorities determine the behaviour,” Quynh said.

At the meeting, five big e-commerce platforms including Adayroi.com, Lazada.vn, Sendo.vn, Shopee.vn and Tiki.vn signed an agreement to prevent counterfeit goods on their platforms.

Accordingly, they would take responsibility in preventing counterfeit goods and committed not to sell fake goods towards the sustainable development of e-commerce. — VNS