Solar power could be considered an important instrument for Vietnam to fulfill the sustainable development goals.

Vietnam is projected to attract US$12 billion in solar power projects by 2025 and US$42 billion by 2035, according to experts. 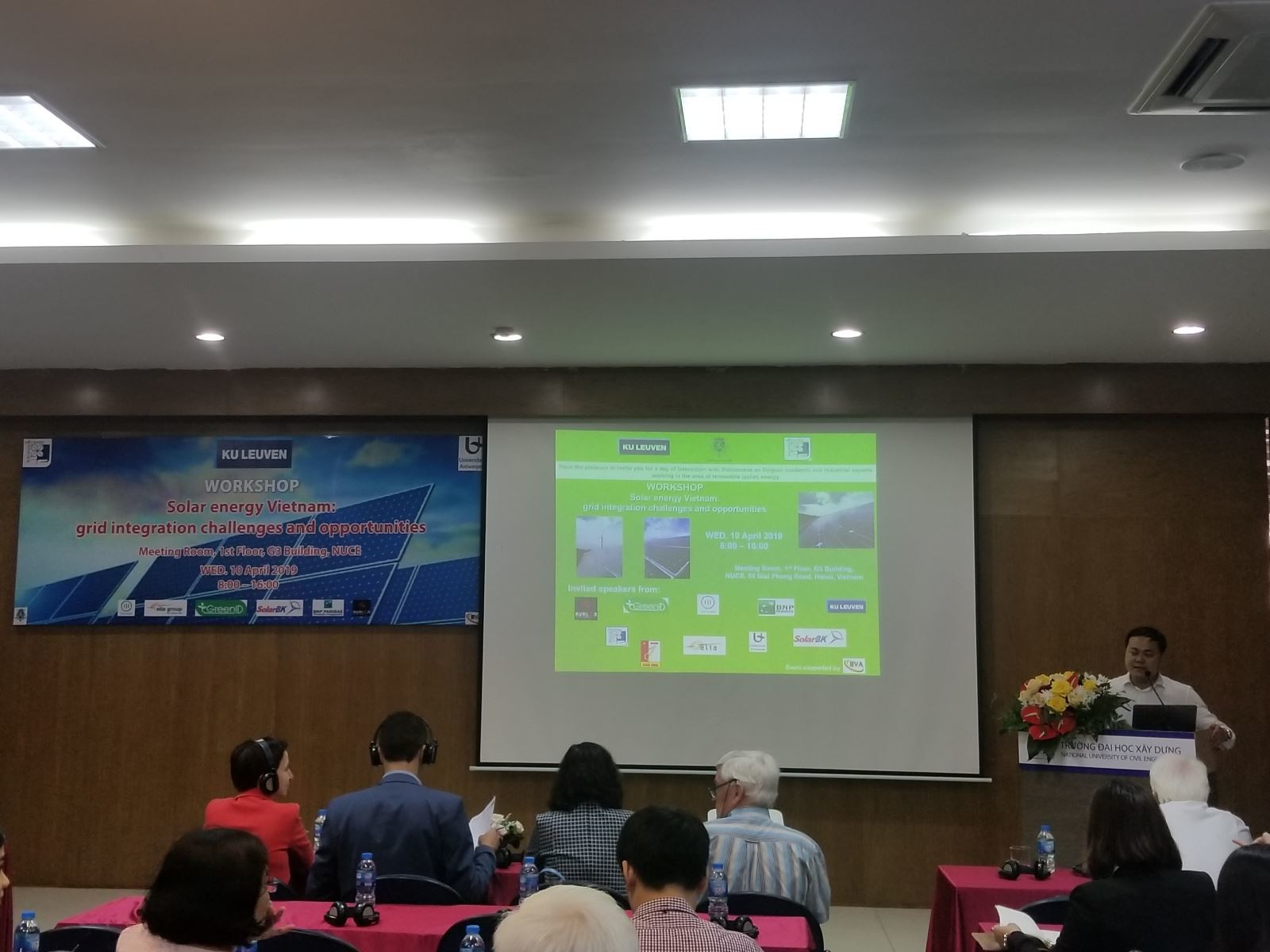 Overview of the conference.

This would far exceed the estimated output of 4,000MW by 2025, but still accounts for only 6% of total electricity output in Vietnam, said Le Hai Hung, a lecturer at Hanoi University of Science and Technology, at a conference discussing the potential of Vietnam’s solar energy on April 10.

Of the total, 25 solar farms have signed power purchase agreements with Vietnam’s biggest power producer and sole distributor Electricity of Vietnam (EVN), not to mention another 221 projects awaiting approval, with a combined 13,000MW of potential output, Hung informed.

He noted that Vietnam has an average solar irradiance of 4 – 5kwh/sqm/day, which is higher than global average and comparable to developed solar markets in the region such as Thailand, China or the Philippines.

According to Hung, Vietnam is in the process of developing a full-fledged regulatory regime for renewable energy with various policy instruments including Feed-in-Tariff (FiT) support at 9.35 US cents per kWh in a 20-year period, which is higher than the average price of VND1,800.

In the latest revision of Vietnam’s power development plan, the country targets to increase the share of renewable energy in its energy mix from 7% in 2015 to 21% in 2030 or 27.2GW of installed capacity.
“These factors have contributed to a sharp increase in the number of solar power projects in Vietnam,” Hung stated.

In addition, the high concentration of planned projects in a few provinces is causing grid integration challenges in these areas.

Under this context, GreenID has proposed a dual-use approach that combines food production and solar energy generation on the same land area, aiming to reduce land-use conflicts and generate multiple benefits for the society, Dung added.

“More importantly, the approach would cause less impact on the power grid due to reduced capacity density,” she said.

Given its characteristics, solar power could be considered an important instrument for Vietnam to fulfil the sustainable development goals, Emilia Motoasca, lecturer at Belgium’s KU Leuven University, told Hanoitimes.

“Solar power can be produced in places where traditional energy sources have not been able to reach, especially in remote areas,” Motoasca stated.

Motoasca said the availability of electricity would help improve locals’ sustainability and reduce their usages from the grid.

“Solar energy is the future, and Vietnam has a bright future,” she said, adding the country has good climate where people can harvest solar energy everywhere and all year long.