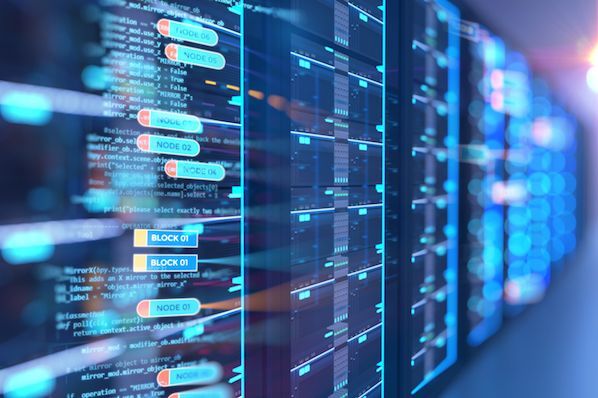 Vietnam’s first live trade Letter-of-Credit transaction using blockchain, recently executed by HSBC, received headlines around the country and the use of blockchain in Vietnam has truly begun, as we will see below.

Tokenization. Tokenization of an asset takes place when a person or entity’s rights to an asset are converted and recorded as a digital token. The digitized information is stored and managed on a blockchain. Let’s consider the sale and time-sharing of condo units in a beach-side complex. Let’s also assume the appropriate regulatory framework is in place. With tokenization, units can be sold with all rights (including land use rights, right to sublet, right to time-share, etc.) recorded and assessible in a digitized format, as a digital token. Units might even be subdivided, making fractional ownership possible. The system can specify the number of days each owner is allotted throughout the year, all maintained by a smart contract (essentially, programmable “if-then” rules that apply upon occurrence of a predetermined event).

With tokenized assets, liquidity in traditionally illiquid assets like large-scale commercial real estate or fine art can be unlocked by permitting fractional ownership. It can also spur investments in early stage startups by dramatically expanding the potential investor pool available to founders (fractional ownership means smaller amounts are needed to invest, lowering the barrier to entry).

Blockchain technology has immense potential for updating Vietnam’s existing land registry system. Near instantaneous execution and processing of contracts with proper recordation would result in reduced transactional friction (fewer intermediaries). This will result in lower costs, in a single immutable source of truth regarding title, and in a complete string of prior transfers and transactions involving each parcel of land.

Digital identity may be the future but is not solely the preserve of large markets. Estonia, for example, was the world’s first country to completely digitalize public services, with e-Estonia (e-Governance, e-Tax, digital ID, i-Voting, e-Health, etc.).

Estonia’s case is a good example of the possibilities for Vietnam. In March, the Vietnamese Government issued Resolution No. 17/NQ-CP specifying a number of key tasks and solutions needed to develop e-government during 2019-2025.

Its stated objectives are “ [to] develop [a] complete e-Government platform to improve the effectiveness and efficiency of the State’s administrative apparatus and the quality of service rendered to people and businesses … ,” and by 2025 to increase the ranking of its e-Government to be among the UN’s top four ASEAN countries. This is not a quiet objective; the government refers to it constantly.

The Resolution is also action-oriented. It calls for the government to draft an e-Government Law, including decrees and guiding documents that create a legal framework for e-Government based on open data, the application of modern technologies such as artificial intelligence (AI), blockchain, Internet of Things (IoT), big data, and open application programming interface (Open API), etc., all before 2025.

While, for now, the promise of tokenized assets and digital identity lie ahead, the government is pressing ministries to develop a regulatory environment conducive to blockchain innovation.

But much is also happening in Vietnam’s private sector, and without the involvement of the government.

Human resources. Blockchain can have a profound impact on human resources management. While vetting applicants for a job, degrees and certifications supposedly held by a candidate are usually not confirmed by the prospective employer. Likewise, job experience is rarely confirmed because contacting each employer is difficult.

Aversafe, a Ho Chi Minh City-based startup, is already combatting credential fraud by providing decentralized credential verification services to stakeholders, jobseekers, employers, and educational institutions. Verifications of certifications are automated through Aversafe’s blockchain network. For example, if a candidate claims to have received a law degree from a particular university, that university endorses (through the Aversafe platform) the degree and his or her resume is updated in the system, in real time, removing any doubt as to the veracity of his or her claim.

Tracking and Tracing. This is the ability to follow an item through each stage of production, processing and distribution, including importation and retail. At any point in time, movements along a supply chain can be traced (backwards) and tracked (forward). Due to its chronological and virtually tamper-proof record keeping and data management, blockchain technology is ideal for following processing through a supply chain.

Companies like WowTrace are tracking and tracing data related to mangoes and other agricultural products, from source to end user. Tracking and tracing are critical not only for agricultural products but also for pharmaceuticals, baby formula, luxury goods (which are easily faked), and virtually every product supply chain. Even the distribution and use of developmental aid to parts of the population can be tracked to be sure aid has its intended purpose.

While data fed to a blockchain is virtually unalterable, the process of data entry remains a human process. Flawed input produces flawed output. Additional trust systems must be in place to ensure that information is accurate at the source.

Remittances. With its diaspora of more than 4.5 million Overseas Vietnamese, Vietnam is among the top ten nations for remittances to the home country by volume ($18.9 billion in 2018, or 6-8 per cent of annual GDP). Traditional remittance channels are slow and expensive while blockchain transactions are significantly better.

Blockchain-based remittance providers, like Coins.ph, have been successful in the Philippines, and homegrown Vietnamese companies like cash2vn have made significant headway in disrupting traditional players like MoneyGram and bricks-and-mortar banks. Leveraging the power and reliability of blockchain, overseas users can remit money to family members or business partners in a matter of minutes, at a cost of only $2 per transaction. When compared to traditional bank transfers, with slow processing times, bank holidays, working hours, weekends, and minimum transfer fees, the value proposition is stark.

So, how will blockchain develop in Vietnam? Development will, we believe, be uneven, but many companies are finding applications. Some transactions will require an enabling government framework - tracking land transfer ownership obviously will require changes in land legislation.

But there are also transactions perfectly suited to blockchain, and for which a specific government framework is not necessary. Clearly tracking and tracing the movement of goods is one such application. Certifying the validity of documents on file at private institutions is another. There are doubtless many more needs to fill, and blockchain and human ingenuity will unlock the possibilities. VN Economic Times