Why has the US dollar price escalated?

The US dollar price has been increasing sharply over the last two weeks. 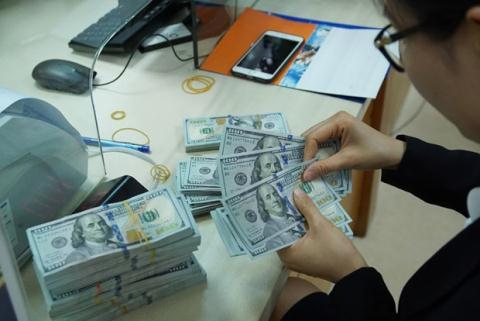 On the same day, the State Bank of Vietnam (SBV) stated it was ready to intervene in the market if necessary. The agency may sell foreign currencies at low prices to stabilize the forex market.

According to Bui Ngoc Son from the Institute of the World Economics and Politics, investors all over the globe are no longer considering bonds and gold as safe shelters. As they rush to buy dollars, the price of the dollar has increased sharply.

Vietnamese are also trying to keep dollars during the pandemic.

Meanwhile, foreign investors are selling shares in Vietnam. As they are buying dollars in large quantities to transfer money abroad, the dollar price has increased.

The expert noted that the US FED has taken measures recently, including an interest rate cut to nearly zero percent and an announcement on launching a quantitative easing package. In addition, it also plans to apply a series of unprecedented credit measures targeting households and businesses.

He noted that the FED is applying an emergency measure to cope with the scarcity of the dollar – swapping currencies with nine more central banks for at least six months, together with the existing currency swap plans which have been applied since the 2008 global financial crisis with the five central banks of Canada, the UK, Europe, Japan and Switzerland.

Under the currency swap plans, the FED will provide dollars to other central banks in exchange for the local currencies of other countries, and will get back the currencies in the future at a time to be fixed, at the same exchange rates.

“The FED’s measures will help stabilize the market. However, it will depend on the epidemic situation,” Son commented.

When the epidemic is contained, investors’ confidence will return. They will withdraw money from shelter channels and pour money into risky assets. As the dollar will no longer be the shelter, the demand will decrease and the exchange rate will return to normal again.

Son believes that the dollar price is increasing partially because of speculation.

“Speculators think that the dollar price will increase further. They are buying today to sell tomorrow for profit,” he explained.

Son agrees with some analysts that Vietnam may consider applying a currency swap plan with the US. However, he pointed out that Vietnam has unconvertible currency.