Businesses have to contend with a “forest” of sublicenses 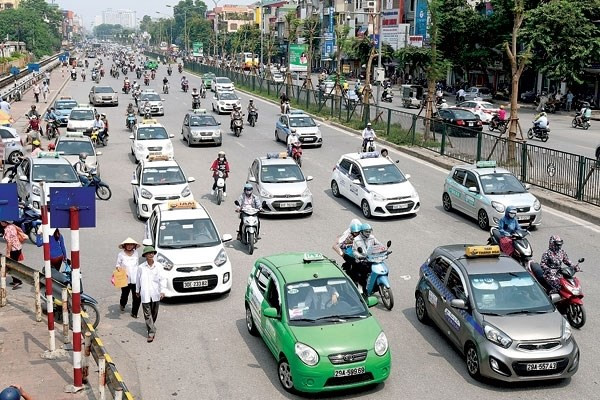 After July 2016, when the Investment and Enterprise Laws took effect, many unreasonable sublicenses were abolished, paving the way for 110,000 businesses to emerge.

Cao Minh Truc, a member of the board of directors of Empire Group, the investor of the Cocobay Da Nang project, said there are too many vague regulations.

“The current regulation stipulates that a hotel must have tennis court to be recognized as a 5-star hotel. Our hotel is next to a golf course and the guests mostly play golf. Do we still need a tennis court?” she said.

The regulation also says a 5-star hotel must have a spa. However, legally, there is no ‘spa’ industry in Vietnam, but there is only ‘massage’, she said.

"We want to hire foreigners with international certificates for our spa, but their certificates are not accepted in Vietnam. In order to use this staff, we have to send them to a 3-month massage training course to get the required certificates,” she said.

Many car dealers have gone bankrupt recently because of sublicenses, including Thien An Phuc Company owned by Nguyen Tuan. Tuan said his business is on the verge of bankruptcy because of the Ministry of Industry and Trade’s (MOIT) Circular 20 which requires a number of unreasonable procedures for importers of cars with nine seats or less.

MOIT has agreed to abolish the requirements, but has set many other business conditions in the draft of new circular.

Tuan went on to warn that if the draft regulation is approved, Vietnam would give preferential treatment to large-scale companies, which is against the country’s larger efforts to create a better business environment.

A representative of Vinh Hoan Seafood Company complained the company has missed the opportunity to export fish fat.

Vinh Hoan in May signed a contract on exporting 100 tons of fish fat into Chile with delivery slated for June 2017.

However, the company could not fulfill the contract because the veterinary department, fishery directorate and the Dong Thap industry department all refused to grant the certificate of legal origin to Vinh Hoan, a document the company must have to export the product.

According to the Vietnam Chamber of Commerce and Industry (VCCI), there are 243 conditional business fields which set 5,719 business conditions, or sublicenses.

Businesses get lost in ‘forest of sub-licenses’

What do Vietnamese startups need to succeed?