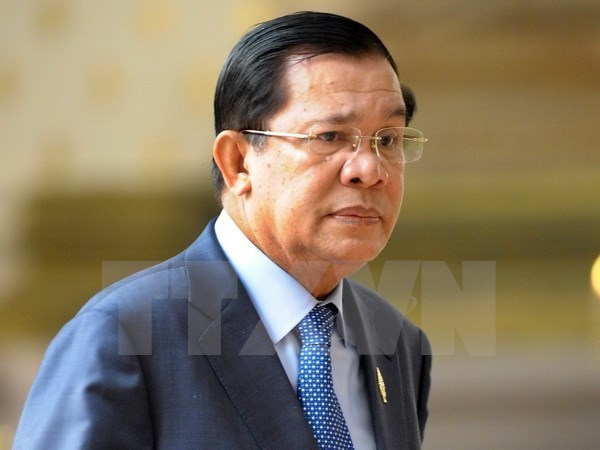 
The visit will take place from December 20-21 at the invitation of Prime Minister Nguyen Xuan Phuc amid the growing friendship and cooperation between the two countries. Cooperation between the two countries has been growing across the board, fueled by regular exchange of visits at various levels and reinforced trust. The countries have a borderline of over 1,000 kilometers, shared by nine Vietnamese provinces and 10 Cambodian localities. Economically, Vietnam is the fifth largest investor in Cambodia, after China, the Republic of Korea, the European Union and Malaysia, with 183 investment projects with a total registered capital of 2.86 billion USD. Meanwhile, Cambodia is running 12 projects with a combined investment capital of 54 million USD in Vietnam. Vietnam is currently Cambodia’s third biggest trade partner. Two-way trade between the two countries hit 3.37 billion USD in 2015 and 2.38 billion USD by the end of October 1026. On October 26, 2016, the Ministry of Industry and Trade of Vietnam and the Ministry of Trade of Cambodia signed an agreement on bilateral trade promotion. In 2015, around 1 million Vietnamese visited Cambodia while the number of Cambodian visitors to Vietnam was 210,000. In the first 10 months of this year, some 172,690 Cambodian toured Vietnam while over 695,670 Vietnamese visited Cambodia in the past nine months. Bilateral cooperation mechanisms, including the Vietnam-Cambodia Joint Committee for Economic, Cultural and Scientific-Technological Cooperation, have worked soundly to contribute to promoting economic and healthcare partnership and cultural and people-to-people exchanges. The cooperation in security and defence has been intensified through information sharing, the settlement of border issues, the maintenance of joint patrol at sea, and the close collaboration in the search and repatriation of Vietnamese volunteer solders died during wars in Cambodia. The countries have renewed the principle of not allowing any hostile forces to use one’s territory to carry out schemes to undermine the other’s security and stability. The countries have been making effort to quickly accomplish the demarcation and the planting of border markers on the shared borderline towards having peace, stability, cooperation and sustainable development in border areas.