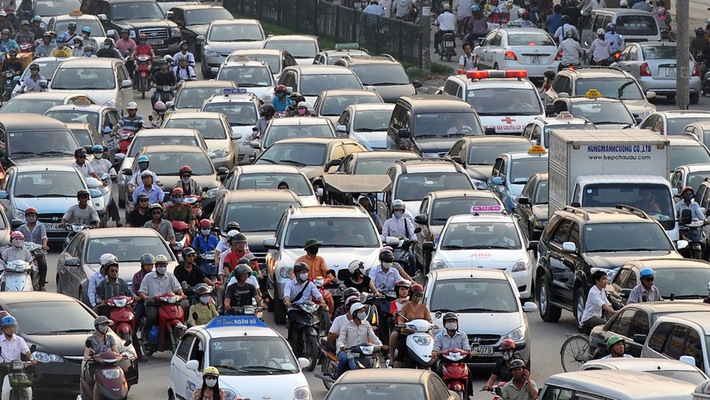 Car prices are expected to see big fluctuations in 2018


Many car buyers have complained that their orders for imported cars have been cancelled.

A representative of Ford Vietnam confirmed that the manufacturer has asked sales agents to stop taking orders for Ford rangers and Explorers because it is not sure about the supply source.

This means that imports will be scarce in the first quarter of 2018 and it’s still unclear how the models would be imported in the second or third quarters.

The reason behind the short supply, according to the representative, is Decree 116 which sets very strict requirements on car imports.

Toyota Vietnam has also warned that the new policy would affect the import of its products, especially Fortuner, Yaris and Wigo.

Some Toyota’s agents have had to re-negotiate with customers about the contracts as they are not sure about the exact time when the imports will get customs clearance.

A representative of Honda Vietnam also said the manufacturer cannot specify the time when the next consignments of CR-V will arrive in Vietnam.

If provisions in Decree 116 can be clarified by the end of 2017, the company will receive imports by early March at the earliest.

Some car dealers who specialize in importing cars from Thailand have also not taken action, saying that there are paper problems related to Decree 116.

According to GDC (General Department of Customs), the less-than-9-seat imports are on a sharp decrease. In November, only 590 products were imported, much lower than 6,700 of the same period last year.

However, analysts said there is one more important reason that prompted enterprises to halt the imports. The tariff will be cut from 30 per cent to zero percent from 2018.

Tran Ba Duong, chair of Thaco, an automobile manufacturer, also thinks enterprises have halted the imports for fear that the difference in tariffs would cause the imports to be uncompetitive.

“Most enterprises still offer products, but will only take orders after January 1, 2018,” Duong said.

Meanwhile, an analyst commented that the calculation by enterprises could be a ‘double edged knife’. If they repeatedly cancel orders, they will lose customers because customers will buy domestically made products.

Domestically made products are plentiful and are also expected to see prices fall because from January 1, 2018, the tariffs on hundreds of components will be cut to zero percent.

Since November, a number of automobile manufacturers have begun applying 2018 selling prices for some domestically assembled models, priced at tens of millions of dong less.

How expensive are cars in Vietnam?