Many children have kept ducks as pets to play with during social distancing. 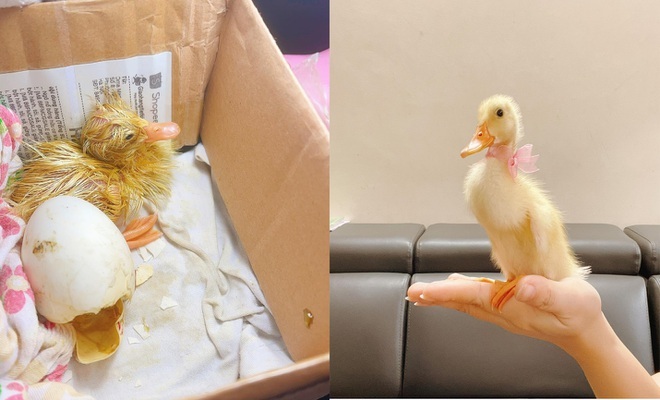 Phan Quynh Trang in HCM City's Tan Phu District is happy to see her two children having more fun and joy playing with two ducklings. Her five-year-old son and eight-year-old daughter have been kept indoors for the last three months by the social distancing rules for Covid-19 prevention.

"They were fed up with their toys and games and were bored until I brought home two fertilised eggs," the young mother said. "I taught them to make a small house from a carton which would hatch in some days. They were very excited about the work and eager to wait for the day to see the little ducklings coming out. And now my family are having more fun with these two ducklings."

Tran Duc Ngo in Binh Thanh District said his two daughters asked him to buy some eggs so that they would hatch and have some ducklings as pets. He was reluctant at first because the ducks would be smelly but he gave in.

"I know that many other children in my apartment buildings are keeping ducks as pets and my children also want to have some after seeing their friends share their duck pets on Facebook," Ngo said. "It has become a trend. The children are now not only talking about online games or films but also about how to take care of their pet ducks."

The father said that although he was busier taking care of the ducks and cleaning the house, his children were happy.

"The kids have been so bored since they were kept indoors for so long and could not meet with their friends," he said. "So I think it’s nice for them to have pets they like. And by watching the ducks being born and growing up, the kids can learn a lot and develop a love for animals. "

The trend has spread to Hanoi which is also applying strict social distancing rules.