China builds nuclear reactors near border, but refuses to cooperate with VN 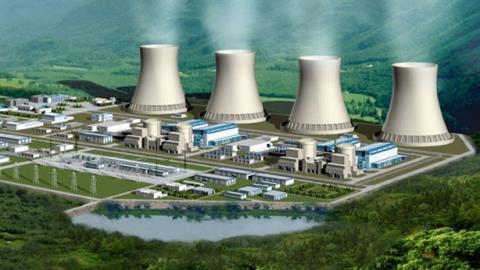 Head of VARANS Nguyen Tuan Khai, speaking at a press conference held by the Ministry of Science & Technology, said the agency had completed the draft of the MOU.

“We received the reply from China two weeks ago. They basically agreed with the content of the draft MOU. However, they disagreed on one important clause in the MOU related to the cooperation in building a monitoring network and the national response plan in emergency case, and took out the clause,” Khai said.

He went on to say that at the meeting between Vietnamese and Chinese officials one week ago at IAEA office in Vienna, Vietnamese requested the addition of the clause on cooperation between the two sides to build a radiation monitoring network into the MOU.

However, the Chinese said they still needed to consult with colleagues and government officials.

Currently, Vietnam has such a network. However, in order to better monitor the effects caused by the nuclear power plants near border areas, it will have to build one or two more monitor stations near the area.

He also said there was no need to be worried about the nuclear power plants, because Vietnam has a national program on preventing and fixing problems caused by nuclear power incidents.

The Da Lat Nuclear Research Institute runs maneuver campaigns on dealing with the nuclear reactors’ incidents once every two years.

On the news that China refused the plan to cooperate with Vietnam to build a monitoring network and national plan to respond in case of emergency, he commented that Vietnam should reconsider the way it put forward the issue of cooperation.

“They (China) may misunderstand that they have to help us build monitoring stations and the incident prevention programs,” he said.

He said Vietnam should clarify that what it needs now is just knowledge exchange and information.

In principle, Vietnam can, through the international energy agency, ask China to provide sufficient information about the nuclear power plants China wants to build near the border area.