VietNamNet Bridge - Chinese brands some years ago attended a series of automobile exhibitions and ran large advertisement campaigns. But a short time later, they left Vietnam.

VietNamNet Bridge - Chinese brands some years ago attended a series of automobile exhibitions and ran large advertisement campaigns. But a short time later, they left Vietnam. 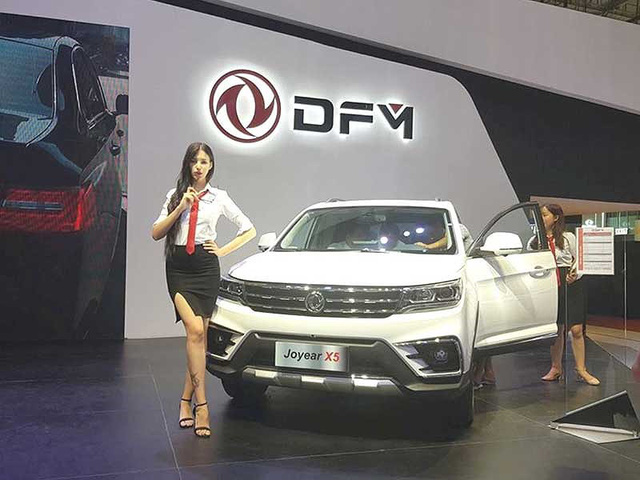 However, Chinese never gave up the plan to turn Vietnam into a big consumer of Chinese automobiles.

BAIC, Zotye and DFM have once again brought new models with beautiful designs and low prices. DFM, for example, has launched Joyear, S500 and F600, priced at VND530-650 million.

The representative of Kylin, which imports and distributes Chinese automobiles in Vietnam, said the company is now selling many models with modern designs, especially 5-7 seaters.

He affirmed that the Chinese products are VND200-300 million cheaper than the products of the same kinds made by Japanese or South Korean companies.

He affirmed that the models attract Vietnamese because of the low prices and good appearance. However, when asked about the sales, he admitted that the company is still exploring the market and the number of buyers remains modest.

Bui Xuan Truong, director of Truong Thanh Automobile, said many Chinese automobile models such as Zotye Z3 and BAIC V2 are now available in Vietnam. However, since these are not strong brands, the manufacturers have to try different ways to lure buyers.

Also according to Truong, Chinese automobiles still have Vietnamese clients, but the number of buyers is modest, though the products are 40-50 percent cheaper than the products made by American, Japanese or South Korean manufacturers.

Analysts all have predicted a ‘thorny comeback’ for Chinese automobile brands.

A branding expert commented that Chinese manufacturers are carrying out an ‘enduring struggle’ and making ‘tenacious efforts’ to penetrate the Vietnamese market step by step.

However, he said Chinese cars do not have American and Japanese products’ engine durability and quality.

As the majority of Vietnamese consider cars as valuable assets, they will not spend money on products with low durability and quality.

“Most car users are high income earners, who pay attention to the quality of cars and brands, rather than the price,” he commented.

Tien Dung, 48, in district 12 in HCMC, also thinks that Chinese cars would not sell well in Vietnam.

“Vietnamese don’t highly appreciate Chinese technologies,” he explained, adding that Chinese brands such as BYD, Lifan and Haima had to leave Vietnam because their products were not welcome.

Domestically made cars to be cheaper thanks to tax incentive