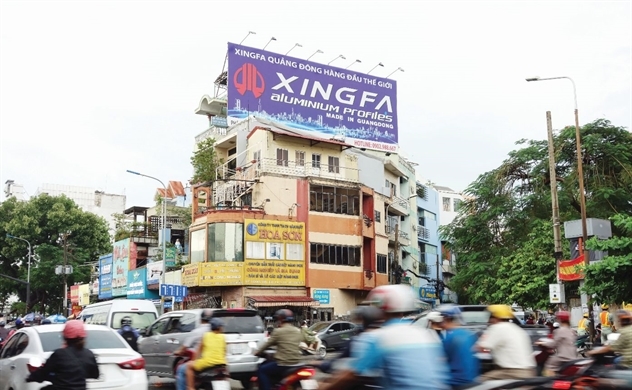 Yongjin Metal, a Chinese steel manufacturer, which was refused an investment license one year ago, has once again registered to develop a cold-rolled stainless steel project with capacity of 300,000 tons in Dong Nai province.

Analysts noted that many steel manufacturers from China are planning to set up steel mills in Vietnam or are hunting for unprofitable Vietnamese steel enterprises to take over enterprises and inherit their operation licenses.

Vietnam continues to be an attractive market because the average consumption per head in Vietnam is still lower than in the world.

Meanwhile, FDI capital keeps flowing to Vietnam. The hot real estate market and the strong development of infrastructure, doubled with the investment expansion by automobile manufacturers such as Toyota, Mitsubishi, Thaco and VinFast, have also led to an increase in the demand for high-quality steel alloys.

Max Brown, director of Dezan Shira, a consultancy firm in ASEAN, commented that in fact, Chinese have been planning to relocate to Vietnam for many years. However, because of the trade war, they decided to take action now.

The Chinese move of relocating steel mills to Vietnam is expected to bring danger to domestic manufacturers.

Responding to the move, the Vietnam Steel Association (VSA) has asked the government not to grant more licenses to steel projects because the current production capacity exceeds demand.

VSA has officially asked not to license Yongjin Metal’s project in order to avoid uncertainties caused by domestic oversupply.

Vietnam has been warned it may be involved in misfortune when Chinese steel manufacturers export their products to other countries under the cloak of Vietnam products.

On June 12, several American steelmakers filed a lawsuit at the US Department of Commerce seeking an investigation and application of measures to prevent anti-dumping duty evasion against anti-corrosion steel from Vietnam, because of doubts about tax evasion by Taiwan and South Korea.

If the  US department decided to impose safeguard duty, Vietnam’s steel industry would see a decrease in revenue from the market accounting for 11 percent of its total export value in 2018.

VSA predicted that the steel industry may obtain a growth rate of 20-22 percent in 2018. The consumption of structural steel is expected to increase by 10 percent.