Favorable natural conditions and the government’s determination to allow Mekong Delta to develop environmentally friendly energy have both contributed to investment opportunities.

VietNamNet Bridge - Favorable natural conditions and the government’s determination to allow Mekong Delta to develop environmentally friendly energy have both contributed to investment opportunities. But it is necessary to remove the bottlenecks hindering the development of clean energy. 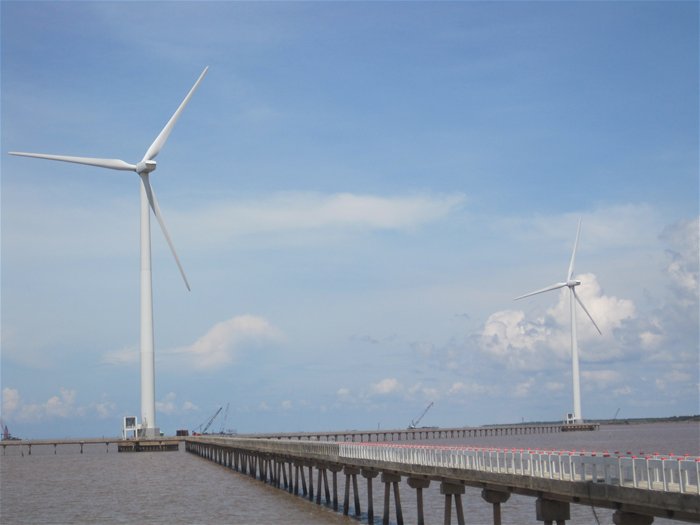 Rainer Brohm, a renewable energy expert from GIZ, said the German cooperation agency, conducted a survey on PV (photovoltaic) roofs in Vietnam, which showed that 60-80 percent of systems are on a small scale, such as solar panels at households, or public lighting systems with solar energy.

About 30-40 percent of larger systems are local solar power stations or electricity grids in remote areas/islands.

Meanwhile, supporting enterprises which provide PV in Vietnam mostly maintain production on a small scale or do outsourcing for China. Very few manufacturers have certificates for product quality.

He said that the solar radiation level of 1,460-2,000 KWh per square meter per annum in Vietnam is relatively high compared with Spain, Italia and Thailand. This would be enough for developing solar energy which saves money in generating power and is friendly to the environment.

Brohm said that Vietnam has the capability of developing energy under the government plan to produce 850 MW of clean power by 2020 and 12 GW by 2030.

The amended Power Law, expected to be ratified by early 2017, stipulates bigger preferences in FiT price (Feed in Tariffs), the selling price of solar power to the national grid – 11 cent per kwh vs 7 cent per kwh currently.

This, together with tax incentives, will make investors feel more secure when developing solar power projects.

According to Tran Huu Hiep from the Steering Committee for the Southwest Region, there are two problems that need to be settled.

First, the Ministry of Industry and Trade has set up a policy to encourage investors to develop renewable energy. For example, it would buy electricity from the wind-power plant in Bac Lieu province at 9.8 cent per kwh, higher than the average level of 7.8 cent. However, the support is only applied to specific cases.

Second, there are existing problems in the popicy for renewable energy projects to join the national electricity grid.

Brohm from GIZ also noted that with the current monopoly of Electricity of Vietnam, it is difficult to create a competitive power market.