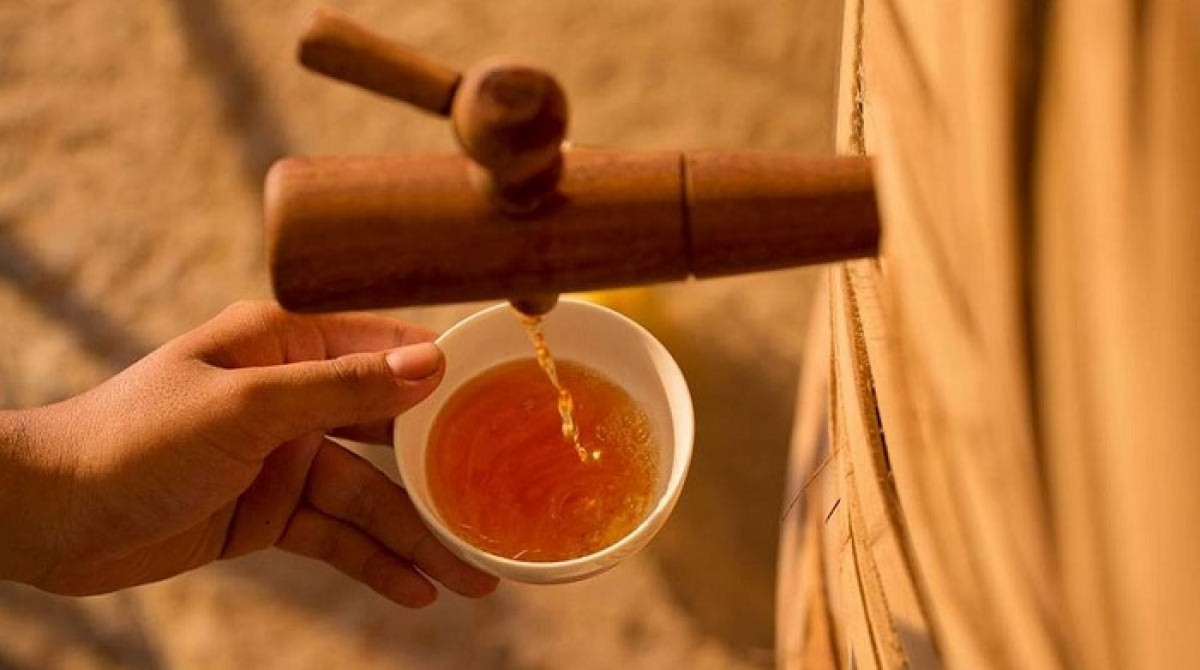 In his story, he described the special fish sauce as an indispensable national ingredient that ranks among condiments such as olive oil or soya sauce.

According to the CNN reporter, visitors don't need to look far to sample a taste of Vietnamese fish sauce as it is present in pho, (the nation’s traditional noodle soup), spring rolls, com tam, banh xeo, com thit nuong, as well as dozens of other ubiquitous dishes.

The reporter found the Phung Hung fish sauce workshop has been in business since 1950 and is very proud of its reputation as one of the leading producers on an island which many Vietnamese feel is responsible for making the finest fish sauce available in the country.

Dwyer learned that the crucial ingredients in fish sauce are ca com (black anchovies), and smaller white anchovies. Together, they comprise roughly 95% of the fish used in the dish. Larger fish such as sardines and herring make up the rest.

The CNN reporter shared that fish sauce barrels are used as hand-crafted items from wood of boi loi, a tree from Phu Quoc National Park.

He revealed that part of the secret in the sauce is Phu Quoc's unique combination of environmental factors, including the right humidity and heat which slowly lets the mixture be reduced to leave between three and four thousand litres of fish sauce per barrel.

Dwyer quoted Spanish chef Bruno Anon, who leads the culinary programme at Regent Resort Phu Quoc, as saying that fish sauce is the national soul and essence of the Vietnamese people, which sets the country's cuisine apart from the rest of the world.

“In every Vietnamese meal, a small bowl takes pride of place, a sauce that ties together everything on the table,” Bruno Anon added.

The CNN reporter said that several acclaimed fine dining restaurants such as Toyo in Manila in the Philippines are also huge fans of fish sauce, locally known as patis.