Advertising clips by CNN to promote Vietnamese capital city of Hanoi have attracted a lot of foreign viewers during their broadcasts from June 3 to August 31 as part of the bilateral tourism deal. 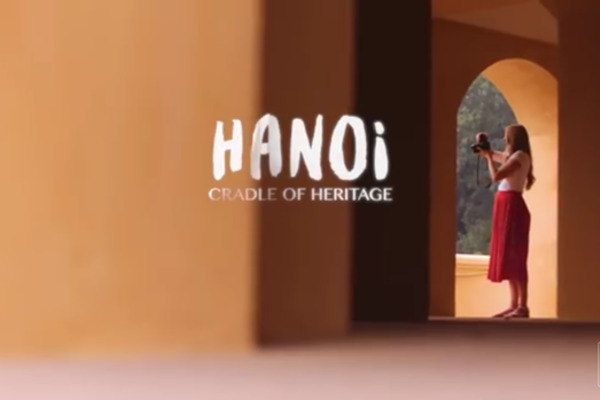 The Hanoi Department of Tourism on September 29 said CNN broadcast two 30-second clips titled “Hanoi-Cradle of Heritage” and “Hanoi-Heart of Vietnam” more than 700 times during the reviewed period, fulfilling 51.3 percent of its minimum broadcast commitment in 2019.

The department further said that the CNN also broadcast 60-second episodes, including “The Keepers”, “5 Reasons to Love Vietnam”, and “60-Second Vacation”, more than 550 times, surpassing the minimum commitment in the contract by 130 percent.

According to the Memorandum of Understanding (MoU) signed between Hanoi authorities and the CNN, programmes promoting the capital on television platforms are broadcast in four regions of Asia-Pacific, Europe-Middle East, North America and South Asia.

Short videos on Hanoi were also broadcast on various categories of CNN website such as world, business, tourism and style, as well as on CNN mobile apps.

Besides, the CNN also posted articles promoting Hanoi in particular and Vietnam in general on its tourism website.

Many highlights of Hanoi were recently listed in the CNN’s article suggesting 13 memorable experiences for foreign visitors in Vietnam such as “search for the best pho in Hanoi”, “Make vermicelli noodles in Cu Da village”, and “Ride the Reunification Express (officially known as North-South Railway).”

The Hanoi Department of Tourism has proposed the municipal People’s Committee approve the broadcast of a 30-second video themed “Hello Hanoi” to serve the tourism promotion campaign on the CNN in 2019 and the following years.

According to the department, Hanoi has welcomed more than 4.7 million foreign tourists in the first nine months of 2019, a year-on-year increase of 10.1 percent.

The capital city hosted a total 21.5 million visitors in the period, up 9.5 percent against the same period last year and 74.46 percent of this year’s plan. There were more than 16.8 million domestic holidaymakers, up 9.3 percent year-on-year.

The local tourism revenue reached 74.7 trillion VND (3.2 billion USD) in January-September, up 30.9 percent and nearing 72 percent of the yearly plan.

Hanoi has been selected to compete for the title of World’s Leading City Destination at the 2019 World Travel Awards (WTA). The city is striving for 29 million tourists and 103 trillion VND in tourism revenue in 2019./. VNA