A traditional food that has been kept and inherited from generation to generation of Muong people, cỗ lá is unique – from the selection of ingredients to the way of cooking and the food presentation – through which to present the conception of human life of Muong people.

A traditional food that has been kept and inherited from generation to generation of Muong people, cỗ lá is unique – from the selection of ingredients to the way of cooking and the food presentation – through which to present the conception of human life of Muong people.

Bui Xuan Phu and wife Nguyen Thi Vi run Mường Thàng Quán – a restaurant specialising in Muong dishes in Hoa Binh City for 20 years. To create the distinctive yet natural light sweetness of the dishes, all dishes presented on cỗ lá should be prepared with wild leaves and vegetables collected in forests or gardens.

The Mường woman also said that it takes at least one and a half hours to prepare a cỗ lá because “you have to finish cooking all the dishes before displaying them all on the tray.”

To grill the pork, Vi said that it’s necessary to marinate with lá mắc mật (clausen indica leaves) and hạt dổi (wild pepper) to get the aromatic flavour for the meat.

“The tip to making this dish good is the ingredients. Hen is preferred as its texture is more tender. To make the sour bamboo shoot, we use only the bamboo shoot of giang (a kind of green-trunk bamboo) as it retains the natural sweetness after being fermented,” Vi revealed her cooking tricks.

The savoury and palatable canh loóng chuối is cooked with wild banana stem, pig bone, and lá lốt – a kind of aromatic leaves.

Her husband Phu said there are some rules for the presentation of cỗ lá.

“The presentation of a cỗ lá for a wedding or festive event must be different from the one for a funeral,” he said. “A tray must be spread with a banana leaf cut in half. However, for the wedding, the tip of the leaf has to point out; on the contrary, for a funeral, the tip has to point in.”

In the old days, Muong people used only wild banana leaves to spread on the tray. But nowadays, when finding wild bananas is inconvenient, they can replace by other kinds of banana leaves, except the aromatic banana “because it has lots of acrid resin that can harm the taste and flavour of the food displayed on it,” Phu said.

He also said that to prepare cỗ lá for important occasions such as weddings or new year celebrations, each family has raised pigs and chicken for a year before butchering the best ones to offer to the ancestors.

In the past, wealthy families used an engraved copper tray to display cỗ lá while ordinary people used the bamboo tray.

According to the 65-year-old restauranteur, seating arrangement rules had to be followed in the old days.

“In the Muong stilt house, the side with windows has been specified as the ‘upper place’, which is for elders only, and the younger ones sit next, in order from old to young,” Phu said.

Due to modernisation, traditional custom has been fading. Many can not speak the Mường ethnic language, and they don’t use the correct Vietnamese word when they mention cỗ lá.

Nguyen Xuan Tung, a tourist from Hanoi, said that although he had many chances to taste co la when he travelled to many places in the northwestern region, the one he sampled at Mường Thàng Quán is the best.

“It’s not only about the food, but about the rich ethnic culture presented through every dish, especially the traditional customs and stories told by the restaurant owners, who are authentic Muong people,” Tung said. 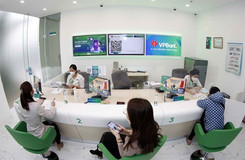 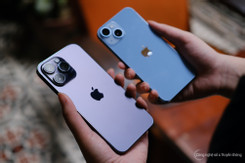