VietNamNet Bridge - Coffee chains in Vietnam have been developing rapidly in recent years with annual revenue growth rate of 32 percent, according to Euromonitor.

VietNamNet Bridge - Coffee chains in Vietnam have been developing rapidly in recent years with annual revenue growth rate of 32 percent, according to Euromonitor, a market survey firm. 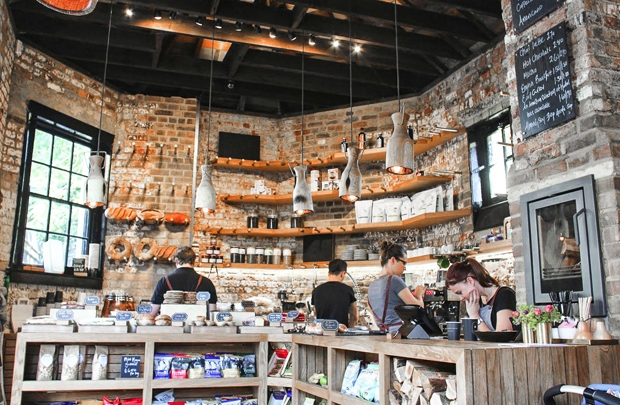 The annual growth rate of coffee beans to Vietnam’s coffee chains, as revealed by coffee manufacturers, is up to 300 percent.

Doan Dinh Hoang, a branding expert, said coffee chains had mushroomed in recent years because of two factors: high population of 90 million, 65 percent of them young; and the Vietnamese habit of going to cafes.
A survey by IAM, a marketing academy, found that 65 percent of Vietnamese drink coffee seven times a week.

Regarding profit, one cup of coffee can be sold for 3-4 times higher than the cost price. According to Vo Mau Quoc Tien, the owner of Rita Vo coffee chain, one cup of coffee at the shop is equal to value of one kilo of unroasted coffee.

A representative of Saigon Café estimates that the investment rate for one shop is VND4-5 billion, and if business goes smoothly, profits would account for 15-20 percent of revenue.

The developer of a franchised coffee chain estimates that one shop can receive 200-300 guests a day. This means that he would be able to take back the investment capital after two years of doing business, if noting that the initial cost for one shop is $250,000.

As for take-away coffee, Hoang believes that investors would take back investment capital after 1.5 years of operation. The initial investment rate for one Passio café is VND1 billion, while revenue is VND300-500 million a month.

The attractive profit is promised in the slogan of M-Café to its franchisees: ‘get rich fast with M-Café’ (giau nhanh nhat voi M-Café).

Regarding the market scale, according to Vo Duy Phu, marketing director of The Coffee House, demand is on the rise. In Thailand and Singapore, there are brands which own more than 1,000 shops.

Phu declined to talk about revenue, but he said The Coffee House serves 300,000 guests a month.