Many dangerous weather phenomena took place in the first months of the year. Hail occurred in late January. Sun and sultry heat appeared in late March and early April but it was followed by a historic cold spell. 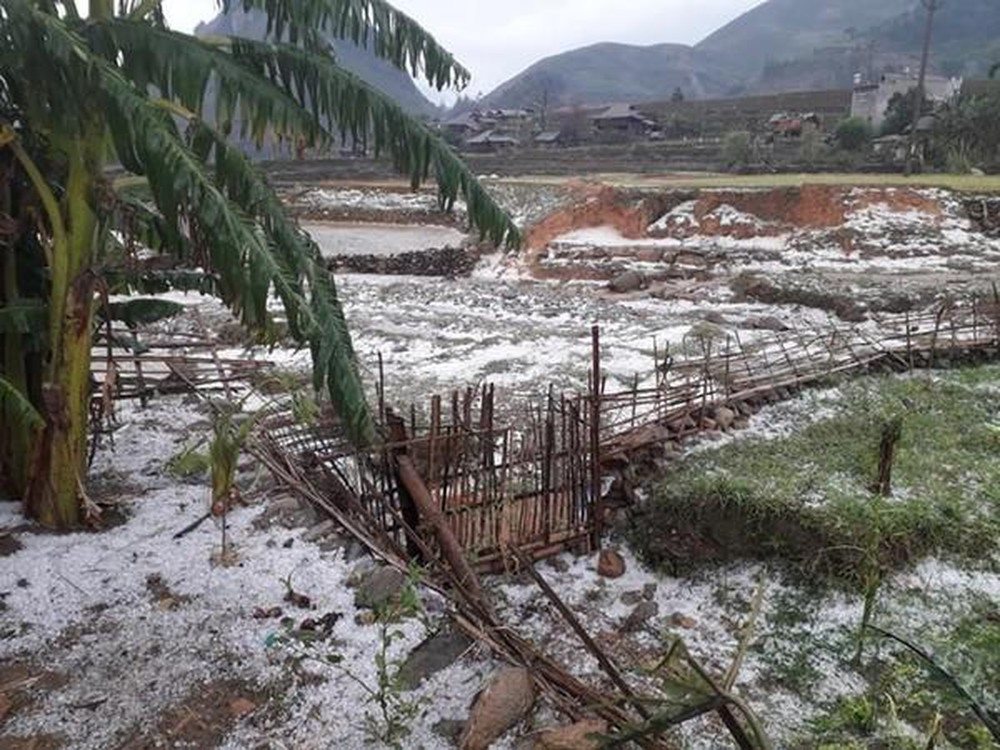 Nguyen Van Huong from the National Center for Hydrometeorological Forecasting said that climate change has made extreme weather phenomena occur more regularly everywhere. These are also the results of many bad weather factors, cold air masses and convergence of winds.

Huong predicted that from now to the end of May, Vietnam will have 2-3 more spells of cold air. However, the intensity of the cold air spells won’t be as strong as the one seen on April 22-23.

However, he warned that the cold spells during the intermittent period, when moving into Vietnam, will meet hot and humid air masses and cause extreme weather events such as storms, whirlwinds, hail and strong winds.

2016 was the hottest year and 2019 was the second hottest year. The most recent five years saw the temperature reaching the highest levels among the data monitored since 1880.

In the context of global warming, Huong said 2020 is expected to have higher temperatures than many years ago. The average temperature in Vietnam so far this year has been higher by 1.0-2.5oC of many years ago.

It is expected that the average temperature in May-October will be higher by 0.5-1oC than that of the same periods last year. Heat waves are likely to happen in May and June in the north, and in May-August in the northern and central parts of the central region.

“We believe that heat waves this year will be intensive, but they will be less intensive than 2019,” he said.

The National Center for Hydrometeorological Forecasting believes that the 2020 typhoon season in the East Sea may come later than in previous years. The number of typhoons and tropical depressions in the East Sea which have a direct impact on Vietnam’s mainland are likely to approximate the previous years’ average level.

Hanoi and other northern provinces are forecast to experience warmer weather as of Monday until May 6.

A series of floods and landslides triggered by a period of torrential rain over the past few days has left five people dead, with one person missing and a further 25 people injured in mountainous regions situated in the north on April 25.