Some candidates for the titles of professor and associate professor in mathematics have been weeded out. The surprise that the figure was nearly 60 percent of the total. 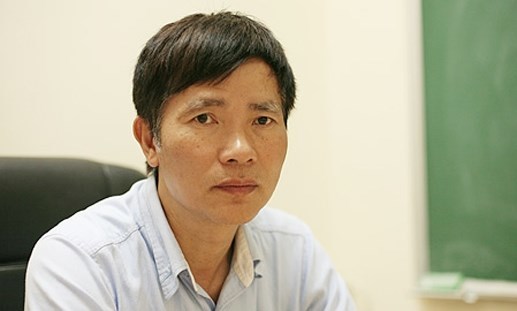 Le Tuan Hoa, Chair of the Professorship Council in Mathematics

The State Professorship Title Council has announced the list of candidates for professor and associate professor in 2021. The mathematics council proposed recognition for 25 candidates, but only 11 were accepted.

Le Tuan Hoa, Chair of the Professorship Council in Mathematics said the council strictly follows procedures to find candidates who meet requirements for professor and associate professor. Many professors, by the time they are recognized, have had achievements higher than required.

As of 2019, 91 people had been recognized as professors in mathematics, including four recognized as having exceptional status. They included Professors Ta Quang Buu and Le Van Thiem (before 1980), Ngo Bao Chau (2005) and Vu Ha Van (2009).

Including three professors recognized in 2020, there are now 94 professors in mathematics.

In 2021, at the request of the professor council in mathematics, only one professor was recognized. He was Nguyen Sum, PhD, from Quy Nhon University.

Nine were directly promoted to professor without going through associate professor, Hoa said.

Of the professors who worked in Vietnam, 13 have passed away. Forty-one are 60 to more than 70 years old and are retired.

Only 35 professors under 70 are still working. The average age of the professors is 61. Only 11 professors are under 60.

If counting scientific articles published by the 35 professors in their career, the highest number of articles was 142, while the lowest was 25, according to MathScieNet. On average, each professor published 63.6 articles. Most articles are in international publications, and two-thirds of them are published in ISI journals.

According to Hoa, these figures are relatively high, which shows their passion for mathematics and the high capacity of the professors. In many cases, the achievements that professors received after the recognition were higher than before.

Hoa estimated that there are 300-350 associate professors, and of the number, slightly under 100 are aged 60 or under. A relatively high number are still young and have good research achievements.

Harvard PhD is youngest candidate for professorship title in 2020

Le Anh Vinh, 37, who has a doctorate from Harvard University and is head of the Vietnam National Institute of Educational Sciences, is the youngest candidate to receive the professorship title in 2020.

Are candidates not eligible for professorship title because they had too many published articles?